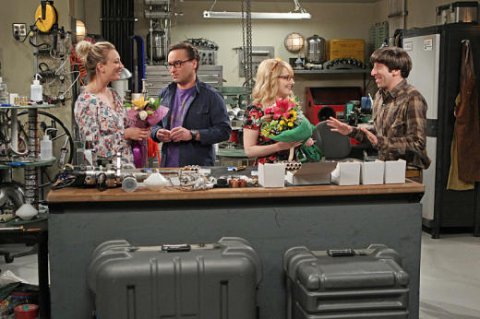 Week after week, we laugh at the characters on The Big Bang Theory for their various idiosyncrasies and how they get them into silly situations. We never really perform any sort of introspection to see if we have any quirks of our own. However, I can say that after “The Solder Excursion Diversion,” I have a new profound understanding of Sheldon which verges on empathy. And it seems that among our esteemed After Show hosts — Adam, Cherise, and Tia — we also have a person who is, like me, a bit Team Sheldon. Which one is it? You’ll just have to read on and find out …

The Sheld-“Onion” is Peeled Once More

The episode introduces us to Sheldon’s latest problem — his dying laptop. We’ve seen this thing for most of the show’s run. Though mostly in the background, I’m sure that if you asked most fans what Sheldon’s trusty computer looked like, they would say, “It’s the crimson-colored Alienware-brand 17-incher!” It might be a prop, but it’s a star like its owner. That’s why when it started failing, we all knew Sheldon wasn’t going to let it go that easily.

And “not letting it go that easily” he did. As it shined its last pixel, Sheldon proceeded to give it an impromptu funeral by taking out his phone and playing an MP3 version of “Taps.” He finally concluded it by placing a small black shroud over the lifeless red casing of his trusty-rusty friend. Man, I think I’m getting more emotional than he is with this. 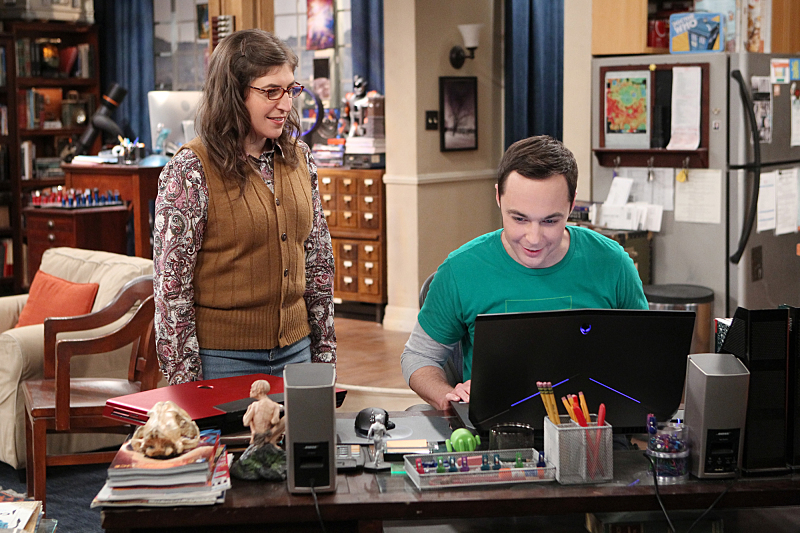 It wasn’t long before Amy bought him a brand spankin’ new laptop — one that actually didn’t cut in and out while Sheldon was Skyping with her. But how did Sheldon react to this kind and, according to Cherise, “stellar” gesture? He immediately rejects it because purchasing a laptop is a very personal thing to do. Adam, who exposed himself as having a little OCD, knows exactly where Sheldon is coming from. However, after seeing just how awesome this new silicon miracle turned out to be, Sheldon accepted it with open arms.

Things take a strange turn when Amy asks Sheldon for his old laptop — for the purposes of trading it in and getting store credit. Sheldon is adamant in not letting her take it away. He soon takes her on a small road trip to show her the reasons.

And so, bringing Amy to his secret storage locker, we find out that Sheldon is a hoarder — a surprisingly neat one might I add. I’m glad Tia noticed that also. Though the writers never explicitly tell us he’s a hoarder, we know one when we see one. This is where things get a bit strange … for me! While Sheldon was giving Amy a tour of all his well-archived belongings, I was laughing gleefully at the silliness. Then, self-awareness kicked in. I looked around my home and noticed that I also had some Sheldonistic (Thank you for inventing that word, Adam.) qualities. Well, maybe not as far as keeping old toothbrushes (Adam, I cringed at that too).

Aside from that weirdly gross collection, I do keep a lot of stuff. Cherise, I’m with your logic 100%! You never know when you’ll need something. And for some reason — call it the universe playing a joke on you — you always need that exact one thing you just threw out. The question now is “Steve, how Sheldonistic do you get?” Let’s just say that I have my own collection of laptops going back to 1997 which are cataloged and shelved along with all their peripherals and accessories. Like I said, this episode hit a little bit too close to home. 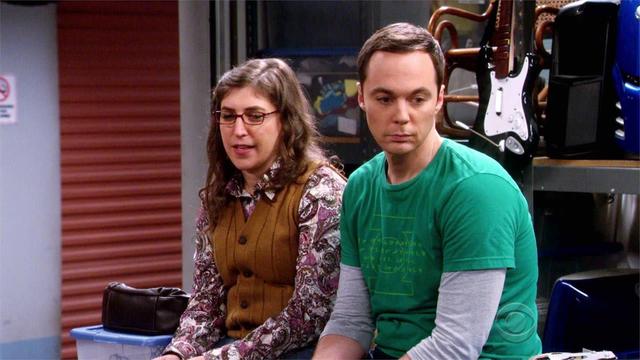 So what does Sheldon have to say about all of this? He found it to be shameful and called himself a “fraud.” Amy comforted him by telling him that it was okay to hang onto things for sentimental value, and that she didn’t think less of him. As always, Amy puts a small silver lining on things.

I agree with our After Show hosts that Sheldon’s been getting a lot of growth this season. The man is like an onion. Every episode this season has shown Sheldon getting more and more layers peeled back. So, kudos to the writers for always keeping the audience interested in a character whose been established as having rigid rules.

I guess it’s not a real Big Bang Theory episode without the mention of something from the comics. Leonard and Howard get pulled into a free movie screening (actually, there wasn’t much convincing needed once they got a hint that this was going to be Suicide Squad) and ended up feeling guilty about briefly abandoning the girls.

Adam, who calls me and Tyler “wordsmiths,” should really credit himself with that label, as he’s coined another word — “schmuckiness.” Or would that be “schmuckyness”? I don’t know. You tell me, Adam. He goes even further and creates the first known Schumck-O-Meter by putting Howard above the level of “Super-Schmuck” for his abilities in creating the perfect lie. 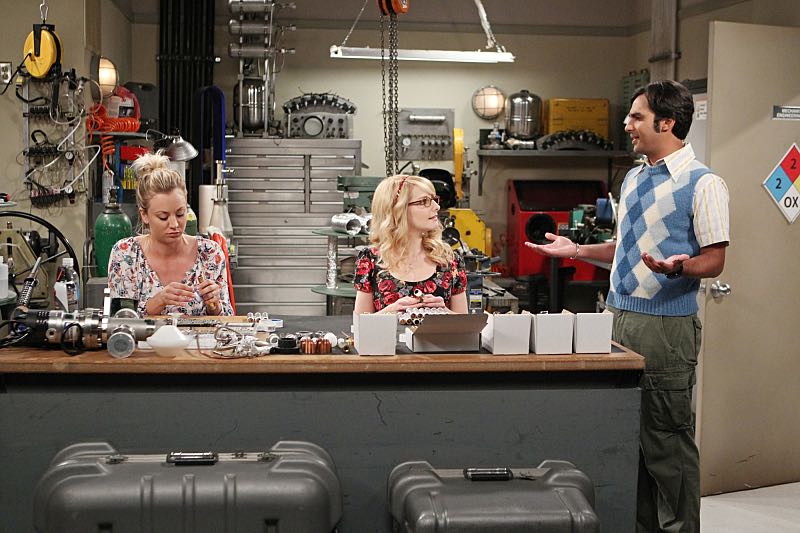 But the real star of this subplot is Raj, who really just wants to hang out with people on a lonely Saturday. Though our After Show team thinks that Raj’s sexuality is questionable, I’m with the school of thought that he’s just a guy who’s in touch with his sensitive side. I think most of the humor of his character is the fact that he’s a straight character with feminine qualities.

“The Solder Excursion Diversion” was another stellar episode that mixed great humor with some even greater character development. Usually it’s cliched to give character behaviors an explanation and background, but in Sheldon’s case, it’s quite welcomed. I think the fans have been with this character long enough that they feel privileged to know some secrets about him.

So what other Sheldon revelations do you think the writers have in store for us? Adam, Cherise, Tia, and I want to here your thoughts, so sound off in the comments!