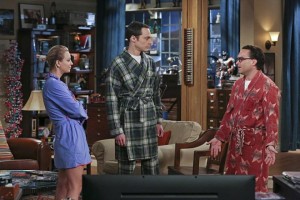 Ok. Guilty. I made up a new couple name for Leonard and Penny. Who knows? Maybe it will stick?

In “The Separation Oscillation” we saw Leonard and Penny reconcile and put their insecurities to rest, and we saw Sheldon become increasingly inappropriate in his handling of his break-up with Amy. It was nice to see Leonard and Penny figure out what the fundamental insecurities with each other were all about. Personally, I felt that while it created some funny moments, the fact that Leonard discounted the idea of going to therapy because of the cost of it made him look really cheap and not invested in the relationship. That being said, I loved that he ended up talking to Mandy Chow (Melissa Tang) – the source of the issue – about his issues as if she were his therapist. I really like her character and am excited to see the extra dimensions that she will bring to the show. I really think that Leonard’s conversation with her will come back to bite him when Penny inevitably finds out about it. 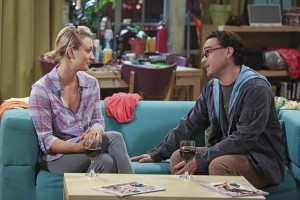 Will Leonard and Penny experience lasting harmony? I doubt it. Tune in next week to find out and then check out our Big Bang After show live and join the discussion! Tweet at us all week using #BigBangAS to be part of the discussion!