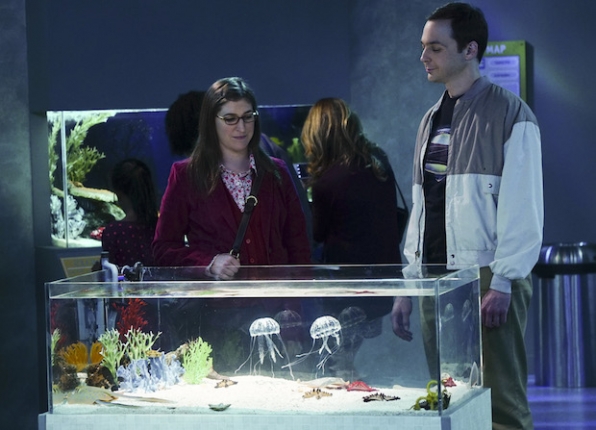 After last week’s episode showed us that neither Sheldon nor Amy could find success with their respective dates, we’ll be seeing them spend Thanksgiving together at the aquarium on this week’s episode. While the news of this development made me hopeful and happy that they might be about to rekindle things, the official synopsis of the episode tells a different story. Apparently, Sheldon is still very much affected by the break-up and after Amy suggests they get back together, he will tell her that they’re better off as friends. What?!? He was just about to propose to her, and now that he’s getting exactly what he wants, he no longer wants it? Ugh. I’m guessing that the kiss he saw hurt him more than he’s letting on and he’s choosing to forgo emotional connections in favor of reducing the possibility for more heartbreak. Classic Sheldon. I will say that nobody has gotten closer to Sheldon than Amy, so I’m not convinced that this will last.

Also, with Leonard getting caught reading Penny’s diary, we’ll be seeing him in her lingerie – his boneheaded idea to ask for forgiveness. AKA something that none of us will be able to un-see. 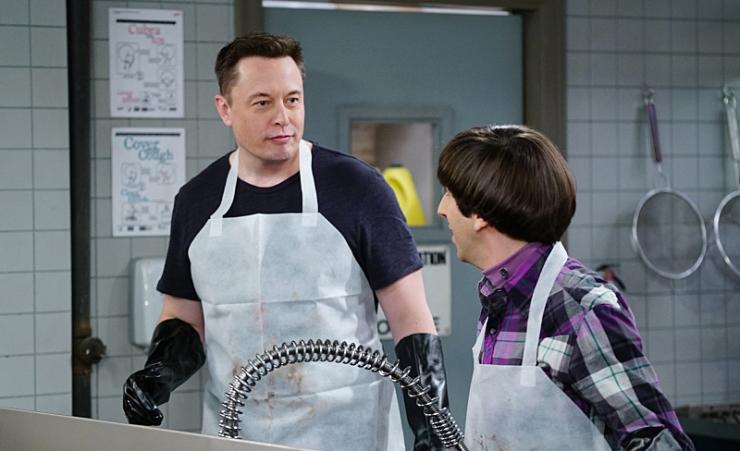 Meanwhile, the rest of the gang decides to help out at a soup kitchen. I love this. I also love that we’ll be seeing Elon Musk guest-starring as himself. Howard and Raj in a soup kitchen. What could go wrong?

Will Amy make headway with Sheldon? Will Leonard’s silly ploy work? What kind of shenanigans will Raj and Howard get into at the soup kitchen? Tune in tomorrow night to find out and then join the conversation live right after! See you there! #BigBangAS