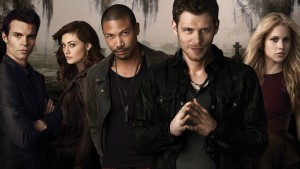 HELLO MY FELLOW THE ORIGINALS FANS! I don’t know about you, but this week’s episode left me wondering who’s telling the truth, who’s full of it, and what’s going to happen to our favorite vampire family?!?!
Episode 3 of Season 3 left me with more questions than answers…but I loved it! What I loved the most was Hayley and Jackson’s couple’s day, where he took Hayley to Marcel’s fighting rink in the church and told her to let off some steam. Being a parent is difficult enough, but add being a werewolf to the mix, that must be stressful! Letting go and releasing all that energy and frustration with her man is exactly what she needed I think. But Hayley brought up a very good point that I hadn’t thought of before; what would happen if the candle blew out and Hayley and Jackson returned to their werewolf state around Hope?! If that happens, I think we may get a glimpse of some of the abilities that baby Hope may have, though I hope she won’t be in that dangerous situation. However, even in werewolf form I believe Hayley and Jackson would both have the will power  not to harm their baby girl.
And now on to the question we’re all worried about, who is going to betray who? Family, friend, and foe. Who falls under which category, and who are the Originals going to have to deal with first? In this last episode Klaus tells Elijah that if he is betrayed, it will not be by him. It’s clear that Elijah still does not want to confide in or work with Klaus, but maybe that statement will ease his mind where his brother’s future actions are concerned. But does Elijah believe Klaus after all he’s done? I do, but I know that would be the most difficult thing for Elijah to admit right now with fresh memories of Klaus’ betrayal.
So who counts as a family member? Lucien was sired by Klaus and says in a flashback this episode that they are “equals like brothers” once Klaus turns him, and Klaus agrees! Does the prediction include him as a member of the family? And what about Marcel, who grew up in New Orleans with the Original siblings and whom Klaus claims to have raised like a son in season one; does that make Marcel family too? If the prediction of a family member betraying another only refers to their birth family, then I think someone is going to come back from the grave, because I don’t think Klaus, Elijah, or Rebekah (wherever she may be) will betray each other at this point. No matter what these three have gone through with and against each other, I believe they want the others to survive. So personally, I’m on the edge of my seat wondering which Original is coming back this season?!
As far as the friend and the foe…it could literally be ANYONE! My bets are on Lucien or Marcel as the friend, and Tristan and Aurora as the foe. But who knows! Marcel would be a more tragic blow to the Original family in my opinion, but I only think he would betray one of them if he thought he was doing the right thing to protect the city and his crew. Will Aiah convince him that’s what he needs to do? I hope not! As good as her intentions may sound to Marcel this episode, I think the Striks (the oldest vampire organization) would take the city from him and discard him if Marcel agrees to help them take down the Originals and succeeds.
I can’t wait for next week’s episode that’s for sure!
Check out our The Originals After Show on theStream.tv YouTube channel and tweet us what you think about this season so far @TheOriginals_AS and your comments may make it on the show!
https://www.youtube.com/watch?v=Vx67fOPhGF4 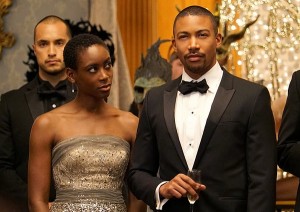