Another week and another episode filled with questions and speculations.  This week seemed to have just a bit more than previous ones this season.  Who’d have thought that as we get closer to the finale, the “Who’s in the grave in the flash-forwards?” question is actually getting more difficult to answer.  Our Arrow After Show hosts Jack, Adam, and Olivia raised some great questions of their own about the episode, so let’s get down to the nitty-gritty …

The Deal … Or so We Thought 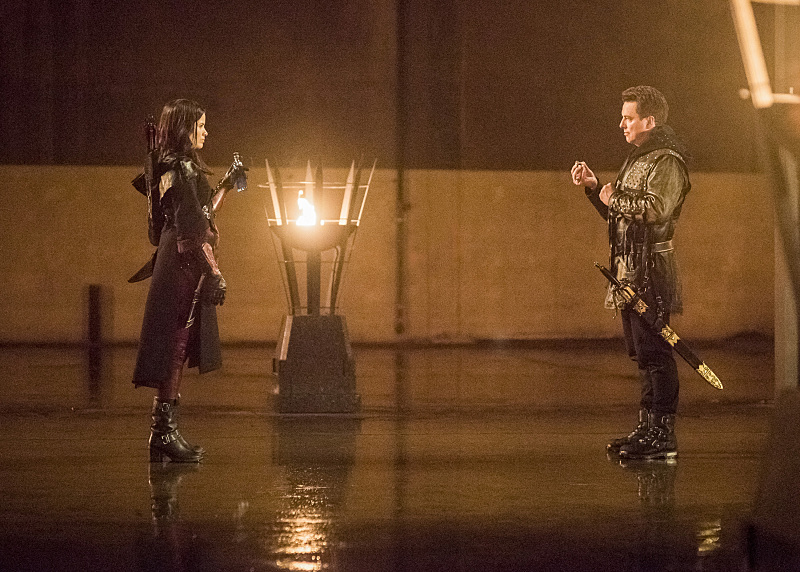 Olivia, I’m with you on this one.  I was so rooting for Malcolm to do the right thing.  When he saw the Lotus formula’s instantaneous cure of his daughter, he seemed so definite in giving up his leadership of the League of Assassins.  But no, he double-crosses Nyssa and, in a way, Oliver.  Really, Malcolm?  Are you that petty?  He then uses Oliver’s son as an example in a twisted morality tale about options.  Just sidetracking a bit here, but did any of you notice that when Malcolm raised his voice and screamed at Oliver, he kind of morphed into Tom Cruise?

Personal feelings aside, I did have that tiniest bit of gut feeling that Malcolm was … well, you know … going to pull a classic Malcolm.  He didn’t survive death and rise to become the next Ra’s al Ghul by playing nice and by the rules.  The guy is ruthless, and if he can take it all, he will.  That’s kind of why I was smiling when I saw him gritting his teeth at the sight of his precious ring being smelted down after Nyssa announces the disbandment of the League of Assassins.  It’s moments like these that I give props to John Barrowman’s skillful understated acting.

The Calculator and Felicity 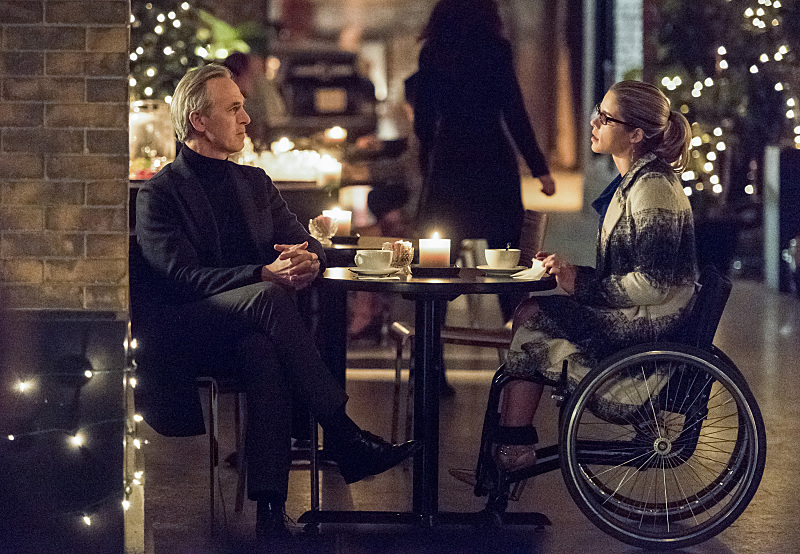 Ms. Smoak did great this episode.  She got hurt, but in the end, she played her cards well.  When she initially gave her father a tour of Palmer Technologies, I was saying to myself, “Dude, you hardly know the guy, why are you showing him all this great state-of-the-art tech?  You might as well show him the Lair.  And put down Mr. Terrific’s T-Sphere!”  Little did we know, Felicity was running her own “experiment” after some advice from her mother.  I guess there’s a lot of truth behind the adage “Mom’s always right.”

I know that in screenwriting, you’re not supposed to repeat things that the audience already knows.  However, in this case, I really wanted Felicity to tell her father about how she set him up and knew he would try and perform some industrial espionage at her expense.  I really wanted to see his reaction.  Maybe now he can accept the fact that his little girl “drinks coffee.” 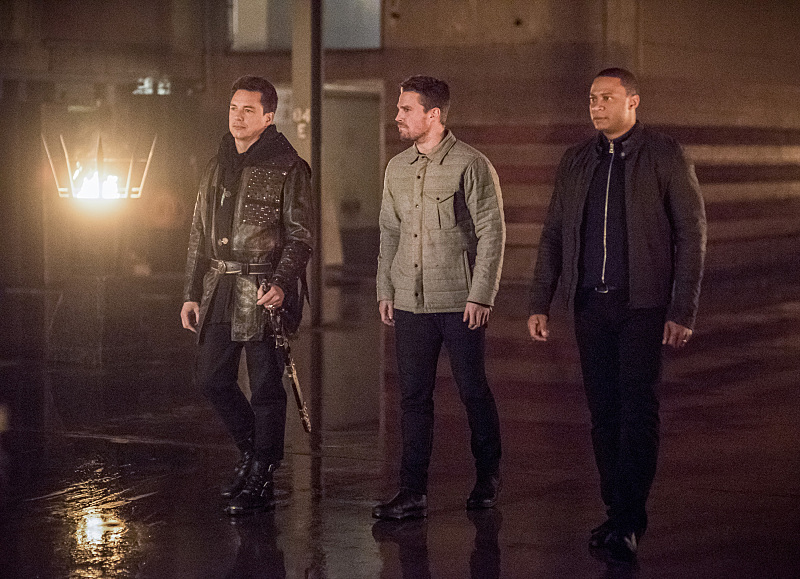 Like Oliver giving sound advice to Malcolm, there are always options.  And I’m opting that it won’t just be one grave, but two!  Adam, hands down (yes, that was an intended pun given tonight’s episode) you’re right — William is going to die!  Yes, it’s cruel.  The writers have to keep the audience on their toes.  And to do that, they will need to pull something extra tragic for our hero.  If a certain type of character will always be safe from harm, what’s the point in following a story?  The surprise element will be gone.

But I’m not done yet.  Adam, I will up your ante on William dying and raise you one mother!  Samantha Clayton will soon be six feet under with her son.  Cold words, but I’d rather just rip a bandage off as quickly as possible.  Man, I’m starting to sound like Malcolm.  I’m sure the former Ra’s al Ghul would give me a standing ovation for my callousness if not for his current appendage-challenged state.

A great episode indeed, and one that makes me want to get some answers pronto!  What sort of deal does Malcolm have planned with Damien Darhk?  Is that the conclusion of the League of Assassins?  Or will they be reborn as the League of Shadows, since they were also known by that name in the comics?  And Jack, I didn’t forget about you.  Completely in agreement with the high likability factor of Laurel Lance in this episode.  She didn’t whine or give a holier-than-thou speech to anyone.  She went straight into action and held her own against the League.  I too was quite pleasantly surprised by her formidable Canary cry.

Make sure to visit Nick Tylwalk for his written recap of “Sins of the Father.” at Bam Smack Pow.