“King Shark” — the latest episode from The Flash — got the After Show team of Adam, Jack, Carolina, and Devon in a tizzy.  To say that the four were excited would be an understatement.  Why?  Well, we had a giant man/shark hybrid stalking the Flash, and we had … wait for it … the unmasking of Zoom!  So let’s get to it … 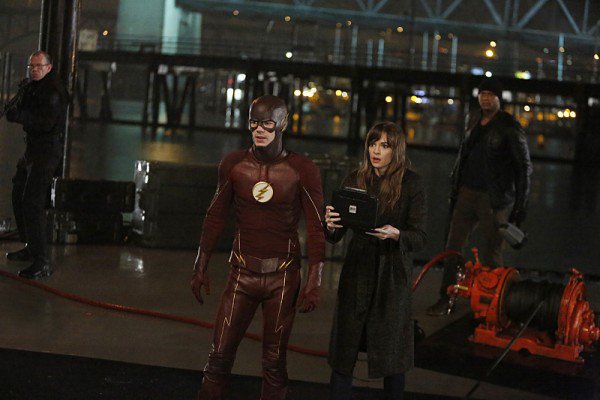 At this point, Devon is already freaking out about wanting to talk about Zoom.  However, like the good moderator that he is, Adam calms our Flash fanatic, so that the team can save the best for last.  Quickly changing the subject, they touch upon Cisco’s concern with Caitlin becoming Killer Frost.  I would have to agree with the team that there was no possibility the writers would start her transformation, if any, into a villain.  Not this early in the series at least.  It’s just too cliched and too predictable.  Plus, we’ve already been satiated from seeing Killer Frost on Earth-2.

Other Earth-2 concerns?  Carolina sympathized with Barry’s depressed nature in this episode.  After seeing a version of himself married to Iris, and also watching Joe of Earth-2 dying, it’s no wonder Barry can’t keep his head in the game.  But the real question is: Could the root of Barry’s depression be due to him wanting to marry Iris and actually seeing that possibility on Earth-2?  The team disagreed with each and had varying answers.  I think Barry has given his pursuit of Iris a rest.  The biggest thing burning on his mind is probably the loss of Earth-2 Joe.  He’s probably, in his head, preparing for the day that his Joe dies in the line of duty.

Are a Bunch of Gomer Pyles Guarding King Shark? 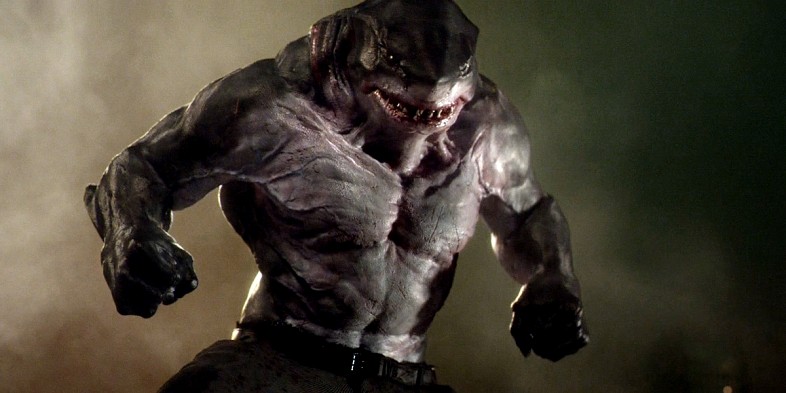 I actually had to look around to make sure the After Show team didn’t bug my surroundings.  I swear the team was probably in the room with me when I was yelling at every wrong move from Argus concerning King Shark’s prison.  I actually have a bulleted list:

These are just a few of the common sense questions off the top of my head.  This scene seemed a bit too easy and was set up to have King Shark escape.  Hey, I guess if there’s no giant shark walking around Central City, then there’s no excitement.  So the benefit for the show is that the earlier he escapes, the better.

Okay, there’s no sense in crying over spilled milk … or should I say spilled Shark who, in turn, spilled blood (See what I did there?).  And that’s exactly what Barry did … he didn’t whine about it one bit.  Devon is really impressed that Barry has gotten over his sullen self when it comes to finding the bad guy.  However, like all good critics, Devon does offer some constructive criticism: What’s up with the Flash initially speed-circling King Shark?  Our other hosts chimed in and said that the Flash was probably attempting to take out the oxygen in the air, or make a first attempt at throwing a massive bolt of lightning.  Okay, makes sense to me.  But when you’re knocked down, get up, man!  You’re the Flash!  If you have to limp, do a limp that taps into the Speed Force.  Speed limp your way out.

And Here We Thought the Brady Bunch Had Problems 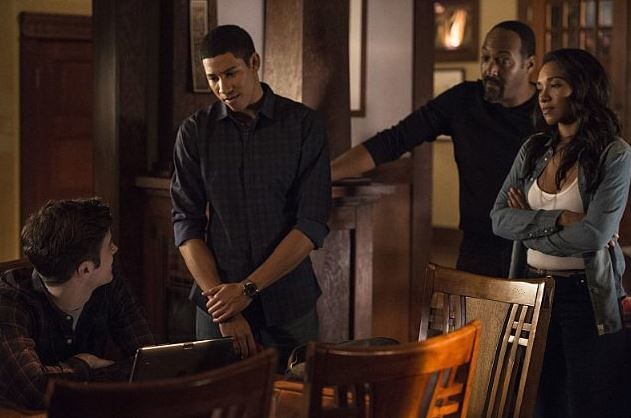 At this point, the team is doing their “Are we there yet?” to Adam — because they really want to talk about Zoom.  But not so fast, there’s still one more thing to cover …

Yes, Barry and Wally.  Brothers from other mothers … and fathers.  Okay, you get what I mean.  Jack, your annoyance with Wally is not unfounded.  That was my first reaction.  If a person is asking someone for help, and this someone is actually smart, the one seeking help shouldn’t act like a “sore-ass.”  Hey, those were Mr. Hind’s words, not mine.  Barry gave Wally his constructive criticism about his engine, and Wally took it as an offense.  First off Wally, you asked for feedback.  Second, I think Mr. Allen knows a thing or two about speed.  If you only wanted Barry’s compliments, you should’ve just said so.  Perhaps what Adam says it’s true, Wally just wanted to spend some quality time with big brother Barry, and hoped that it wasn’t such a student/mentor relationship, but more of a partnership.

The Team Zooms in on Zoom 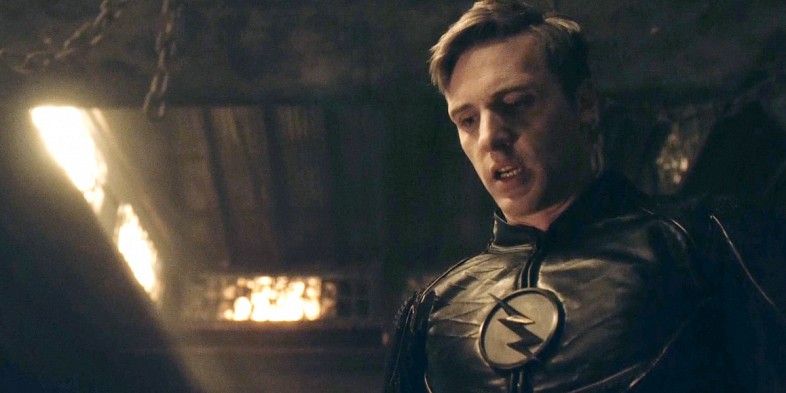 Finally, like the Hoover Dam breaking, Adam allowed the topic of Zoom to flourish.  I don’t think I’ve ever seen Devon that excited.  He quickly proposed a theory that can only be explained if you watch the After Show.  I’m not kidding.  I can only say that there were a lot of “now what if” and “then this would mean.”  Devon, you think on another plane, don’t ever change. 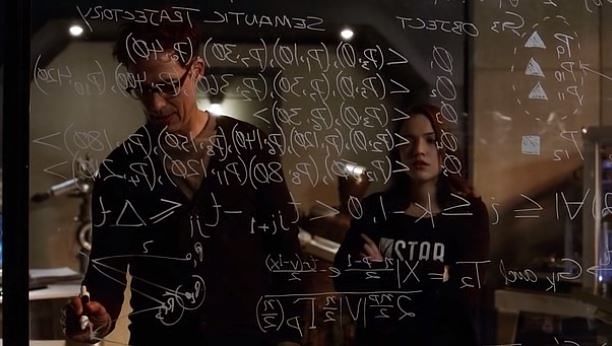 Another great theory that Devon is proposing is that the Jay Garrick / Zoom is actually The Rival.  There’s also that possibility.  And it certainly expands the universe of The Flash, making it even more faithful to the comics.  Very interesting … very interesting indeed.

Okay, like Adam, my head is spinning and hurting right now.  Is Jay Garrick a clone?  Is he The Rival?  Is the real Jay Garrick the man in the iron mask, who actually has a completely different visage? Adam, Jack, Carolina, Devon, and I want to know your theories … no matter how crazy they are!  So sound off in the comments.

Make sure to visit Nick Tylwalk for his written recap of “King Shark” at Bam Smack Pow.