Anyone who guessed that Barry Allen was sucked into the Speed Force during the disastrous attempt to recreate the accident that gave him super-speed in “Rupture,” please give yourself a pat on the back.

It’s safe to say that anyone who is a fan of the Flash as a character is already familiar with the concept of the Speed Force. When it comes to The Flash TV show though, all we definitively knew prior to this week is that it was the source of Barry’s speed. Anything more than that was pure comics-based speculation.

Forget that now. Thanks to this week’s episode, “The Runaway Dinosaur,” we found out a lot more. And of course, the hosts of The Flash After Show discussed all of its various intricacies. Let’s break it down.

The Speed Force is a Fundamental Force of Physics 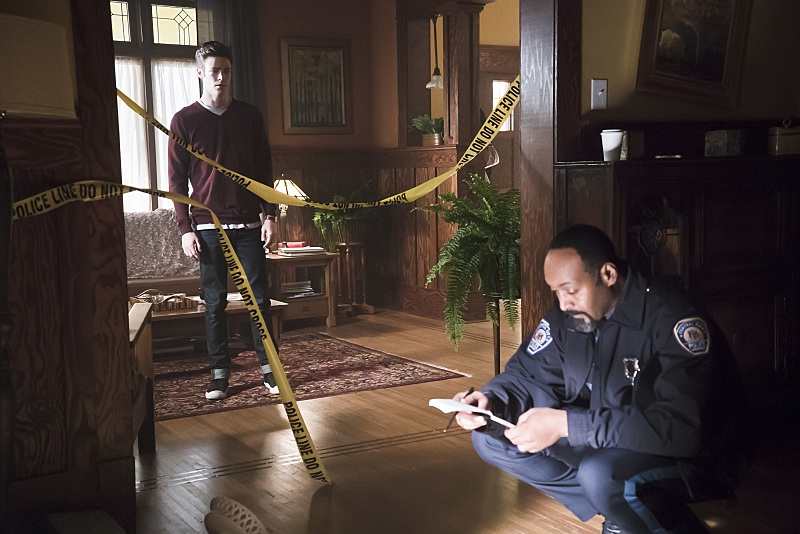 After Barry acclimated himself to the idea that he could talk to the Speed Force (which curiously kept referring to itself with plural pronouns), he compared it to talking to gravity. That’s the scientist in him, no doubt.

But it was spurred on by the Speed Force’s own self-description, which our Adam Kruger recapped this way:

When the first sub-atomic particle burst forth from the Big Bang, we were there. When the last proton decays and everything ends in a fiery whatever, we’ll be there.

That might not be quite the exact line delivered by Jesse L. Martin — as the Speed Force had assumed the form of Joe West at the time — but it’s close enough to get the point across. The Speed Force is eternal, something that has always existed and always will exist. Whatever Zoom is doing to steal it won’t change it. It’s a comforting thought for both fans and the heroes on The Flash.

The Speed Force is an Afterlife 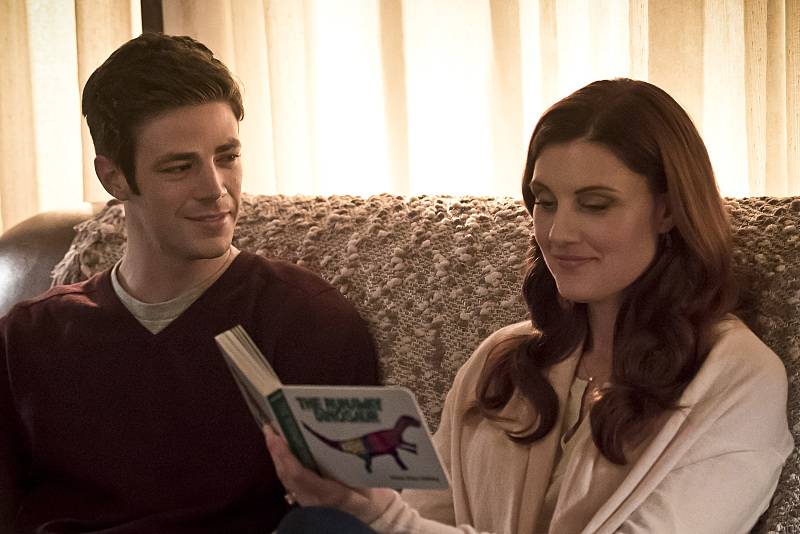 Without getting too spiritual or delving into religious discussion, it appears the Speed Force may be an afterlife for the folks on Earth-1. Maybe the afterlife.

This could be an expansion on a concept shown in various DC Comics, where dead speedsters essentially became one with the Speed Force once they had run their last mile. Yes, there are some echoes of another famous Force from pop culture that I shouldn’t need to identify for you.

(Interestingly, the “Speed Force as afterlife” motif also includes the Black Flash as a Grim Reaper of sorts for speedsters, appearing when one of them needs to be taken to the Speed Force at the time of their death, something that has come up on The Flash After Show before.)

The twist offered by “The Runaway Dinosaur” is that maybe normal people could end up there too, or at least their presence could be felt in some way. In this case, we’re talking about Nora Allen, Barry’s mom. One thing the Speed Force wanted Barry to do was to come to terms with his mother’s death, appearing as Nora and spending some tear-jerking time with him.

But who was really doing the talking? Here’s Adam again:

When she says to him afterwards, “I’m so proud of you,” and he’s like, “Well I don’t know who’s saying that, the Speed Force or my mom,” and they said, “Both,” because she’s dead, right? So her soul is up there, if you want to go there, her energy goes back to the Speed Force.

That might not make Geoff Johns happy, since he once reportedly called the Speed Force absurd, but this interpretation worked as the emotional cornerstone for a very dramatic episode.

The Speed Force Could be the Ultimate Power-Up 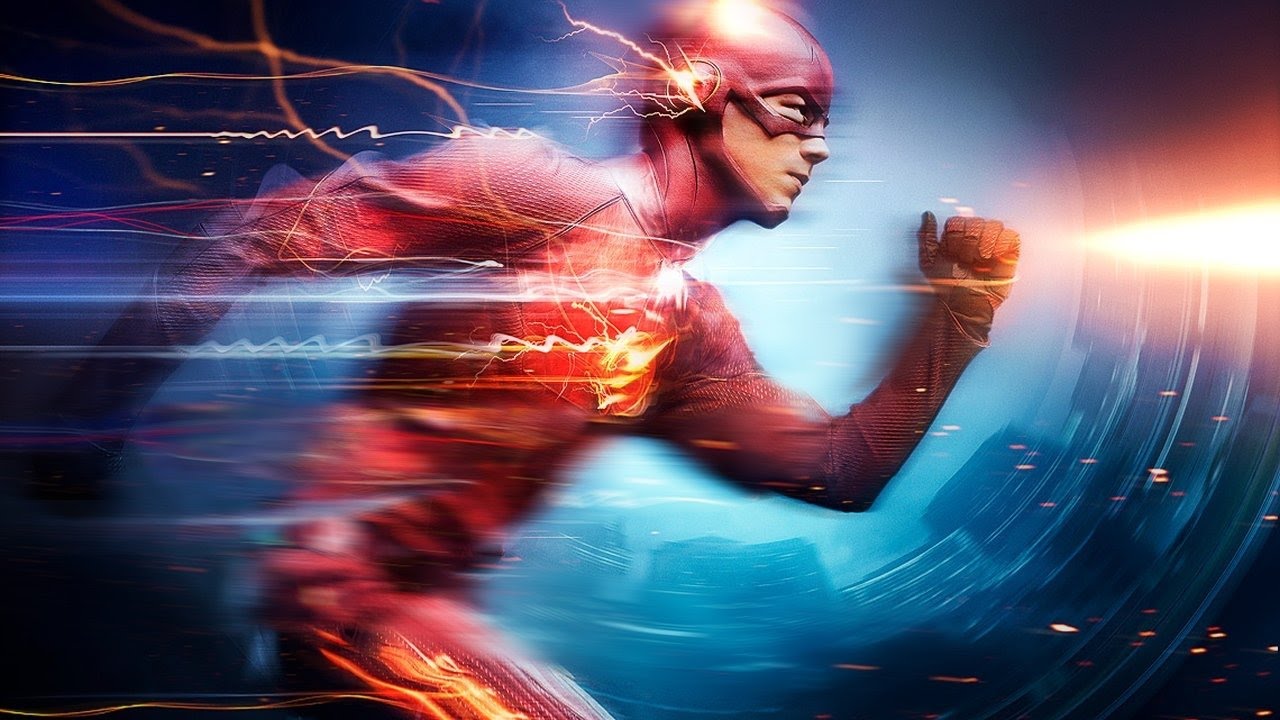 When Barry finally returned to Earth-1 thanks to the efforts of Cisco Ramon and Harry Wells plus the voice of Iris West, he quickly found himself up against the zombified Girder. One punch from his metallic foe seemed to snap him back to reality, and he raced around Girder to pull off the same electromagnetic effect that Cisco’s machine was unable to accomplish earlier.

Asked if he knew it would work, Barry says he kind of did, and Harry cracked a smile and offered his explanation that it was the Speed Force.

Maybe Barry will be able to call upon the knowledge of prior speedsters at a subconscious level, or maybe his trip to the Speed Force simply opened his mind to all of his true capabilities. Either way, this would be a nice nod to the Wally West Flash from the comics, whose increasing power over the years was said to be due to his unparalleled connection to the Speed Force.

What does that mean for the TV Barry? That remains to be seen, but Devon Stewart expects to see some new wrinkles.

I don’t know the extent of what he can do now. Hopefully he just didn’t come back as the same guy. Low key, when he finally collected himself, I expected him to have a new costume.

Devon didn’t get his wish there, though since Barry’s suit was shredded in the explosion last week, maybe we should add “seamstress” to the list of the Speed Force’s roles and qualities.

Jokes aside, for an episode to be as educational as “The Runaway Dinosaur while also delivering so much emotion and drama was impressive. Kudos to the writers and Smith for putting that hour together, and as Cisco once said, “May the Speed Force be with you.”

To see much more discussion, including Devon naming Earth-Bed, Adam speaking so beautifully that it made Devon create a new facial expression and Jack Hind playing the English card when it comes to hockey, be sure to watch the entire episode of The Flash After Show. And be sure to tune in live next week to get in on the fun by hitting up the YouTube comment section or tweeting the hosts with the hashtag #TheFlashAS.