In this week’s episode of The Flash, it was like a new Barry Allen had emerged after his close encounter of the semi-spiritual kind where we was transported to — and had a conversation with — the Speed Force.

As The Flash After Show host Adam Kruger said, he was “walking on sunshine” (not exactly like this Katrina & The Waves classic, but sort of) and confident that he and his teammates would prevail in their battle to save Central City from Zoom. Never mind that Zoom had an army of supervillains from Earth-2 at his beck and call, and never mind that one of them, the Earth-2 version of Laurel Lance, kicked his butt but good.

Barry seemed convinced that for whatever reason, the stars were aligned and since the Speed Force, and therefore the very universe, was backing him up, there was no way he and his friends could lose. It was almost like the very lesson the Speed Force version of his mom tried to tell him last week, that bad things would keep happening to him despite his great power, was already lost on him.

And then the writers had him reminded of that in the most emotionally painful way possible. But we’ll get to that in a bit. 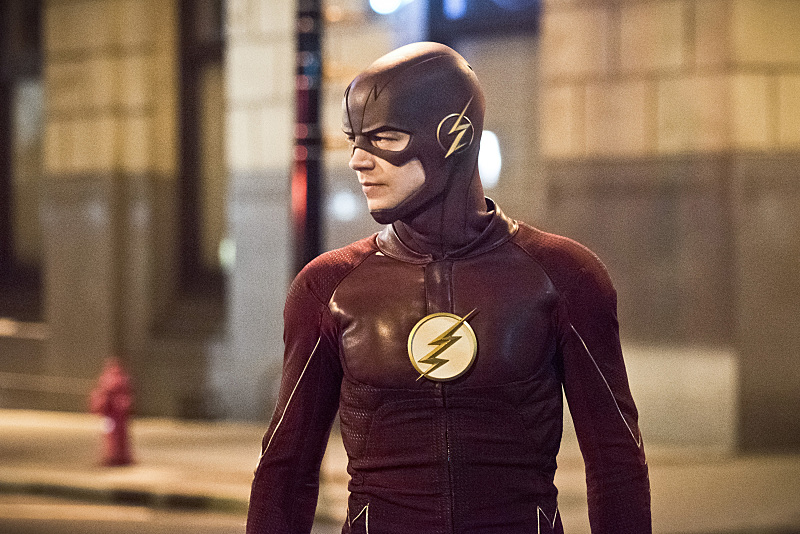 One thing host Devon Stewart pointed out right away this week is that we’ve seen plenty of Barry needing a pick-me-up from some other member of Team Flash. In fact, if you’ve watched the series from the beginning, it’s hard to think of any regular cast member who hasn’t given the Scarlet Speedster a pep talk at one time or another: Cisco, Caitlin, Joe, Iris … heck, even the evil Wells from Season 1 had to lift his spirits a time or two.

“Invincible” flipped that formula on its head, as Devon explained.

A confident Barry was also one who could utilize his speed to the fullest, and Devon admitted that when he saved Tina McGee from the collapsing building by hopping between pieces of falling debris, that was the Flash he’s been waiting for the whole series.

Alas, as they say, pride goeth … 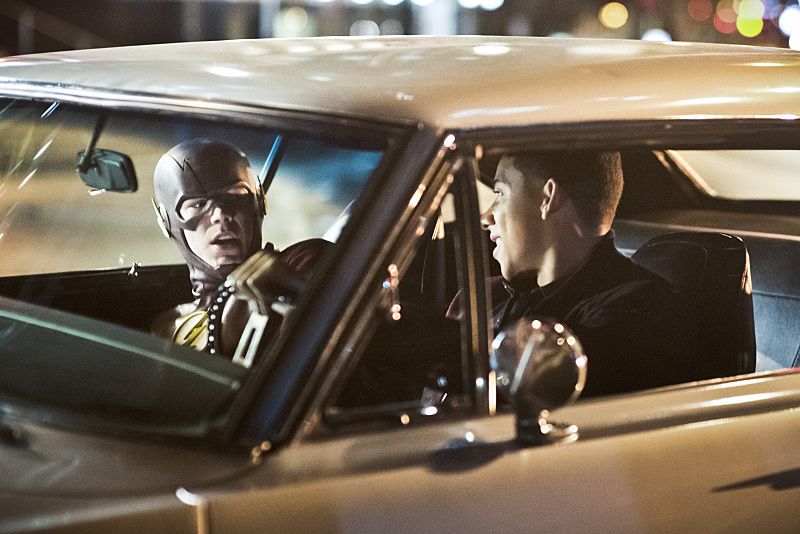 The new attitude Flash didn’t sit well with most of the folks at S.T.A.R. Labs. Nearly everyone felt he was was being overconfident, starting almost from the very beginning of the episode. At various points, Cisco, Iris, Joe and Henry all tried suggesting that he might be overdoing it with the whole “the Speed Force is with us” deal.

Not that it necessarily was warranted, according to The Flash After Show host Jack Hind.

He comes back, he has the Speed Force with him, he finally feels he has that confidence boost … and now the team’s like, “Take a step back, you’re jumping you’re rope.” And it’s like, what? You propelled this guy. He wasn’t making any rash decisions, was he? He wasn’t looking like he was being over-optimistic and putting the city in danger.

This is a team that thought they just lost Barry. They already went through the whole “we lost him” situation, and now they’re just going, “Listen dude, just be cautious, because now you’re going up against the guy who held you up, ran you around the city and broke your spine and threw you to the ground.” They’re being a little more cautious.

The really interesting part of “Invincible” is that while they initially looked correct — at least when Black Siren smacked the Flash around to the point where he needed to be saved by Wally — Barry’s optimism and plan to rid the city of all the villains at once actually worked.

It was only in the final act, the one that left our hosts speechless at the beginning of this week’s After Show, when their advise seemed sage. And then it was too late. 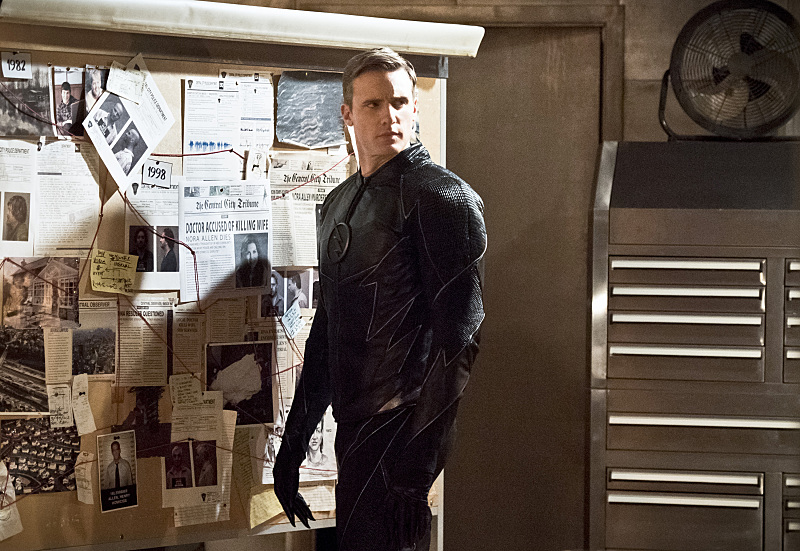 With time running out in “Invincible,” it appeared the episode might end in a happy place, with Barry’s mood the same as when it started. The villains were all vanquished, after all, except with Zoom, who had hightailed it back to Earth-2. Yet all of our hosts agreed there was something about that dinner party that didn’t feel quite right.

Ultimately, Zoom got his wish and attempted to prove to Barry that they weren’t different by killing Henry right in front of him. As Adam put it, “that shot through the heart, it shot through all of our hearts too.”

So where does that leave our hero going into the Season 2 finale? He was up at his highest point, having cheated death and returned from the Speed Force with a newfound outlook, but the words said to him by his mom (sort of) ended up ringing true faster than anyone would have imagined. Will he be driven by justice or revenge as he sprints into “The Race of His Life” next week?

And most of all, to the writers of The Flash, why did you have to pull the rug out from under poor Barry’s feet like that? Even the Fastest Man Alive can’t do his thing without solid footing.

For much more, including Devon lifting a beverage to #WestAllen, Devon explaining what would happen if Jack started suddenly channeling the Speed Force right in front of him, and the dubbing of Wally as “Broke Batman,” be sure to watch this week’s whole edition of The Flash After Show. And remember you can participate live each week by hitting the YouTube comment section or tweeting the hosts with the hashtag #TheFlashAS.