Episode 19 of Season 2 of The Flash had The Flash After Show crew feeling a little grumpy. Jack Hind said the show could only get better, Devon Stewart said he felt like he didn’t even know the “speedless man” in this week’s episode, and Carolina Bonetti called the scene where Barry Allen had to take a bus ride “the most depressing part.”

That’s equal parts sad and angry. Suffice it to say, the hosts weren’t a fan of the twist in the storyline that has left Barry without his speed.

Adam Kruger tried to lift the spirits of the rest of the gang by reminding them that this too shall pass. The name of the show is indeed The Flash, and Barry is going to get his speed back, or else the Season 2 finale is going to be even more of a bummer.

So let’s not dwell on it. Instead, let’s ponder one of the questions that is floating around in the background of this season: Will either Wally West or Jesse Wells get super-speed?

A Theory on Jesse Wells 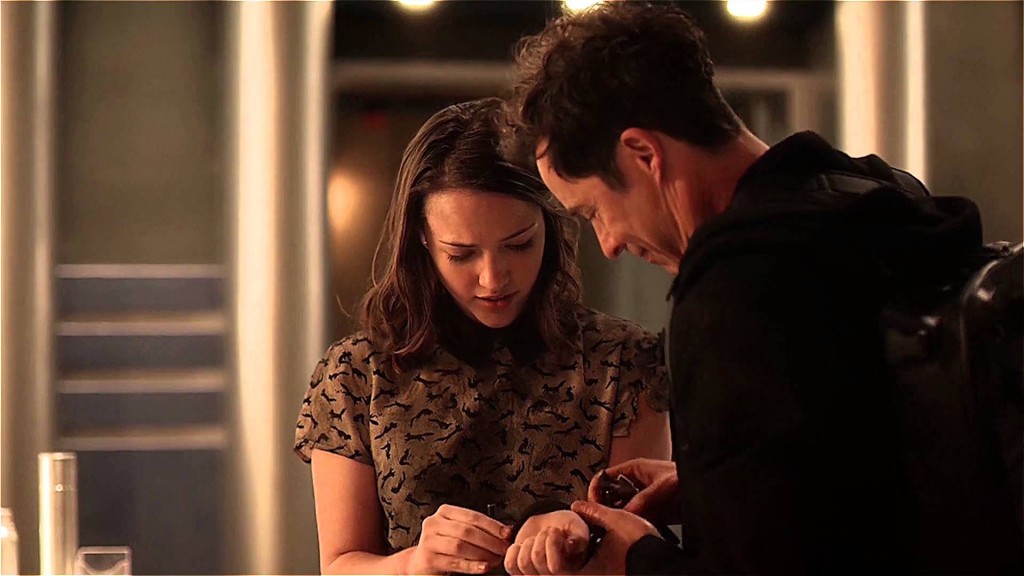 The Flash has been beating the drum pretty hard for Jesse Wells to eventually become Jesse Quick. Not only is that conveniently Harry Wells’ nickname for his daughter — though it’s for her smarts, something we were reminded of again this week when she mentioned having five majors in college — but she’s already had one run-in with Velocity-9 when she was given it unwillingly by the villain Trajectory.

That gives her an easy road to the Speed Force, should the writers choose to go that route. After Carolina brought up the constant Easter eggs the show has planted in regards to Jesse Quick, Adam suggested that it might not happen any time soon, referring to a quote from executive producer Andrewe Kreisberg in a recent interview with Comic Book Resources.

I think right now the show is called The Flash, and Barry Allen is the only Flash, and obviously there’s expectations for both those characters, and whether or not they’re realized is part of the fun and joy of watching the show. It will never be Spider-Man and his Amazing Friends. It’ll always be The Flash.

But Carolina responded with an awesome idea that this writer has been kicking around himself:

With the ability travel between different Earths, wouldn’t it be cool to see Jesse get her power and then decide to go back to Earth-2 to do good? I feel like that would be pretty cool.

It would indeed. So let’s unpack that theory a little more: When Zoom is defeated at the end of Season 2, perhaps with a newly powered Jesse’s help, the mission of the Wells family on Earth-1 would be complete. Surely, there would be a power vacuum left on Earth-2 other villains would try to exploit with Zoom gone, and Jesse Quick and Harry could return home to clean things up there.

Jesse gets powers but the EPs keep Barry the only speedster on Earth-1. Everyone wins.

A Theory on Wally West 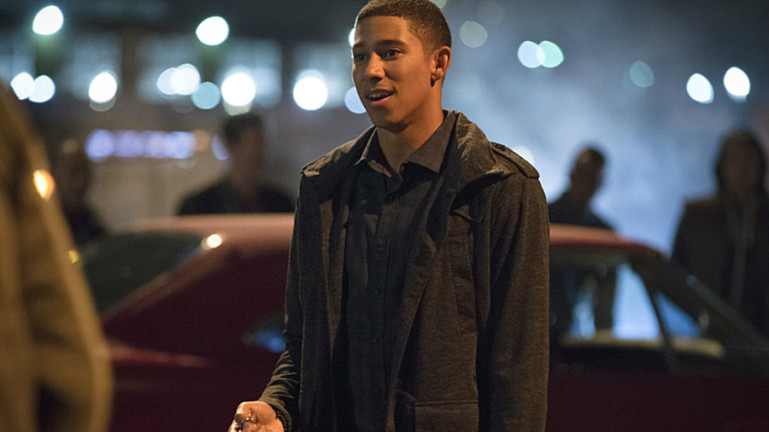 Actually, this is less of a theory and more of a simple observation. The Flash After Show hosts discussed the growth in Wally’s character thus week, as he had a bit of a near death epiphany when he was briefly the prisoner of Zoom. Somehow, Barry managed to meet with him as the Flash to accept his sincere gratitude without revealing his true identity.

Adam even called it “the evolution of a hero” while talking about how Wally was inspired by the selfless heroism of the Flash. That doesn’t necessarily mean he’ll get to ride the lightning this season, though.

In fact, it’s feeling much less likely that Wally will get powers this season than Jesse. Not only is there that Kreisberg quote again, but this Wally is too old to ever really be Kid Flash. He’s a safer bet to actually become the Flash himself at some point, and with Barry’s attempt to regain his speed suddenly a major plot point, it would be way too early for any passing of the torch in Season 2.

His time is bound to come, even if it’s well down the road. Then again, The Flash has a way of keeping viewers off-balance, and since next week’s episode is going to feature Harry trying to recreate the particle accelerator explosion in an attempt to have lightning strike twice, there’s always a chance that either Wally or Jesse could be “in the room … accidentally” as Devon put it.

In other words, don’t expect Wally and Jesse to be zipping around during the next few episodes, but you can’t completely count it out either.

For much more, including Devon’s moment of self-realization, Carolina’s pity for “filler villain” Griffin Grey and Jack’s dismay at how Caitlin Snow could break an unbreakable cell but not figure out how to get down a cliff, be sure to watch this week’s entire episode. And don’t forget to tweet the hosts with the hashtag #TheFlashAS to get involved next week!