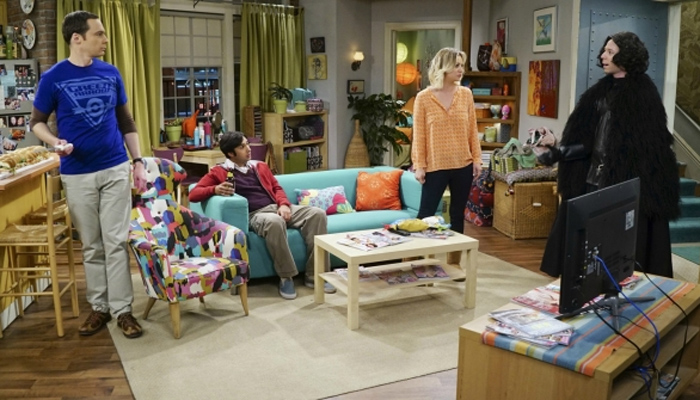 In “The Viewing Party Combustion,” The Big Bang Theory gang becomes divided on the night of the Game of Thrones season premiere. Like the popular series about feuding warlords, deceptions, and ever-changing alliances, this installment takes us through some hilarious twists and turns. Helping us navigate this ingenious episode is our talented After Show hosts of Adam Kruger, Cherise Bangs, and Tia Robinson.

A Game of Throwdowns 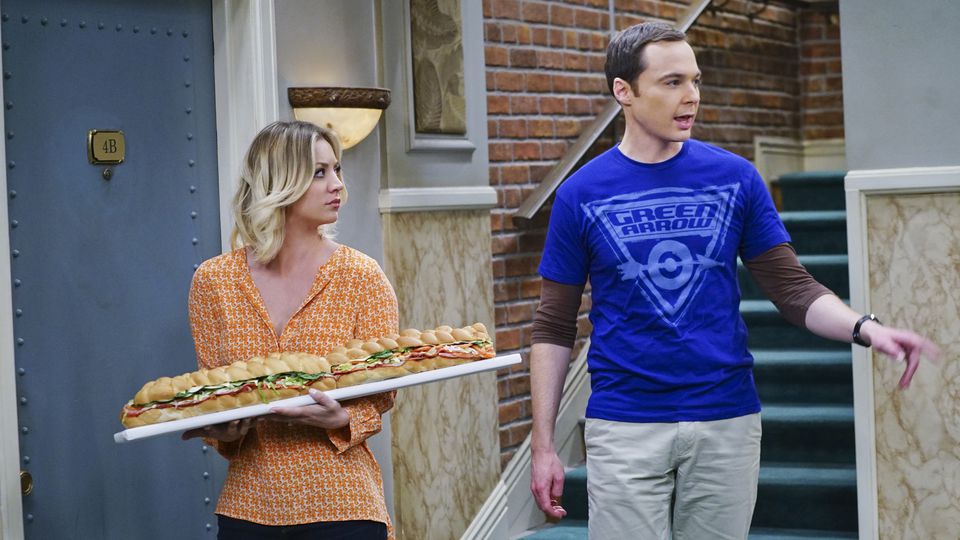 That’s what our Lord of the Lexicon Adam Kruger called this episode. It all started with Sheldon asking about their usual monthly meeting. Leonard, in a fit of rage, puts his foot down and refuses to participate in this tedious ritual. What surprised everyone was that Penny came to Sheldon’s defense. Penny’s reason? She thinks that since a deal was made, it has to be honored. Hmm, is this the same Penny we’re talking about? Taking a quote from Bill & Ted’s Excellent Adventure, “Strange things are afoot at the Circle K.” Like me, both Cherise and Tia found Penny’s reaction to be surprising. 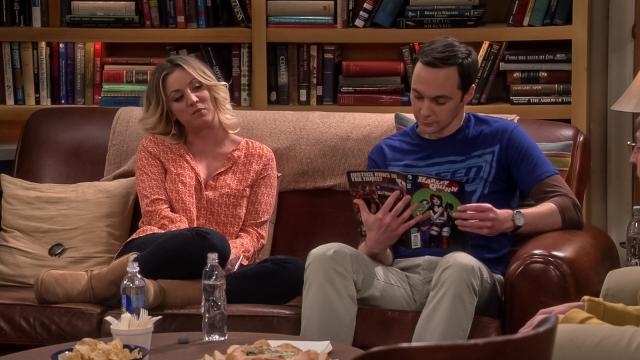 It’s soon revealed that Penny has a way of manipulating Sheldon into putting special clauses in the Roommate Agreement that benefit her interests. How does Penny have power over Sheldon? Well, Amy mentions to Leonard that Penny is who Sheldon runs to when he’s sick, and Penny is also the one that seems to entertain his needs. As Adam would say, “Sheldon is Penny’s puppy.” On top of that, Tia mentions that Penny is already use to Sheldon’s nitpicky ways. Therefore, fighting him would just be a futile battle.

Adam also has a very interesting speculation about Sheldon: what if Sheldon is very much aware of what he’s doing? The man’s a genius, so it shouldn’t be a surprise that he’s conditioned everyone to be manipulated by him. Sheldon may be strategically using his annoying personality to wear people down, knowing that he’ll eventually get his way.

Stuart: Lowest in the Food Chain

Adam adeptly questioned Stuart’s status when he asked, “If the nerds were picked on in high school, what does that make Stuart if these same nerds are picking on him?” Like our After Show hosts, I think all of us did feel sorry for Stuart in this episode. He’s just a guy trying to fit in. Trying to be part of the crowd. Yearning for acceptance. And yes, Adam, Howard is a putz, or a schmucky putz. That was pretty mean of him to pull that “costume party” prank on Stuart. 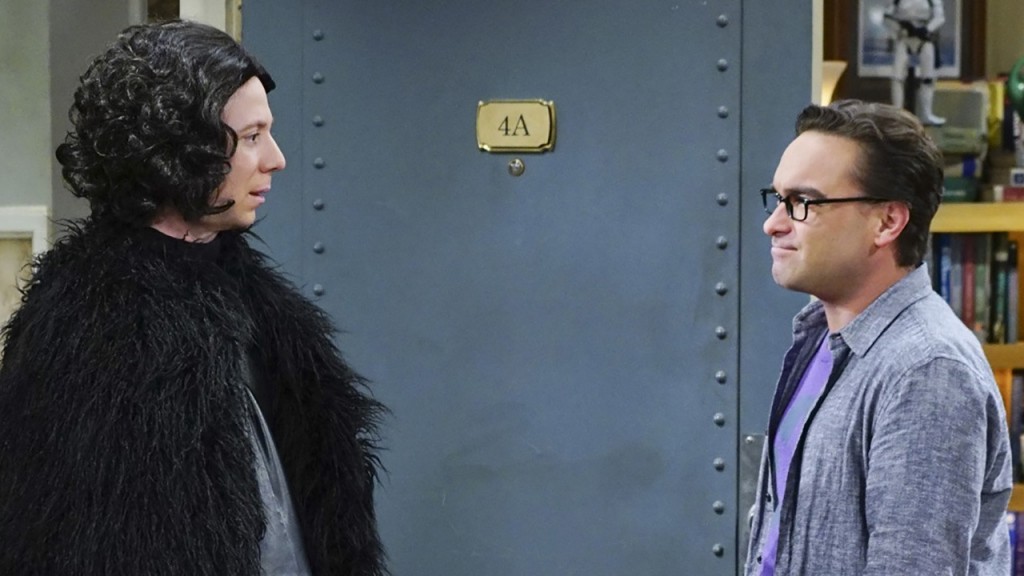 So, I have a theory on the whole Stuart situation. The girls are usually a bit more mature than the guys are. I think there will be an episode where Penny, Bernadette, Amy, and Claire or Emily (depending on which one Raj ends up choosing) go out and get some social justice for poor Stuart. I’m thinking something along the lines of playing on each character’s fear. Stuart seems to be the last guy to arc on this show, so it’ll be nice to see him change or at least get some sort of payoff by the finale.

Those words didn’t sound so strange when they were in my head. Now that they’re written out, Raj being a “player” really doesn’t sound or look right. It just doesn’t fit him. This episode’s spontaneous plot development of Raj suddenly dating both Claire and Emily was a surprise for everyone. Our hosts ask what’s probably on everybody’s mind, “Do you think Claire and Emily are aware that Raj isn’t dating either one of them exclusively?” Even if they were aware, Raj is probably having a hard time with it. Why? Cherise sums it up eloquently in one statement: “Raj is jealous of what Howard has. He would love to have a pregnant wife, someone to come home to. He’s just not a two-timing kind of guy.”

As out-of-character as Raj’s situation was in this episode, it was still great to see Raj do some humorous bragging. Perhaps, in Raj’s mind, it wasn’t bragging at all, but a cry for help and a sincere expression of annoyance. Hey, this is Raj we’re talking about. The humor about him is the fact that he’s very self-unaware … you can say he’s sort of a sensitive Sheldon who’s in touch with his feminine side. 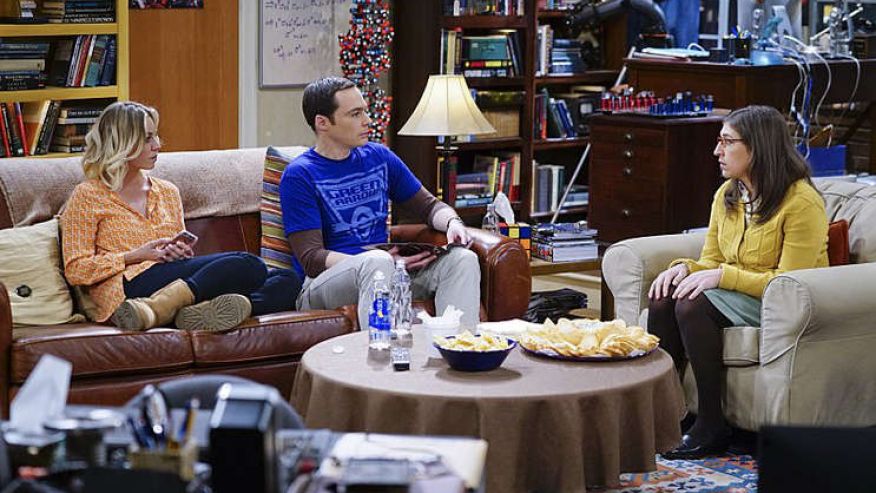 Wrapping it all up, Adam gives a very compelling theory: Since Raj is meeting Bernadette’s every need, will Bernadette end up falling for Raj? Adam knows this is a crazy thought, but it was something he just had to propose. So I’ll throw in my own theory of how this can be pulled off without the show jumping the shark. What if Bernadette had a dream about a Raj-Howard amalgam — a Raoward or a Hoaj if you may.  Yeah, I know it sounds terrible, but bear with me. At the end, Bernadette wakes up from this dream-that-becomes-a-nightmare and let’s out a high-pitched “ew.” If Cherise and Tia think going with pure Raj would be too boring for Bernadette, maybe this weird scenario would spice it up for her? Hey, if they’re getting towards the final few seasons of The Big Bang Theory, they should just go all out!

What do you think? Is Sheldon a master manipulator? Is Raj really happy with his current situation of dating two women at the same time? Adam, Cherise, Tia, and I want to here your thoughts, so sound off in the comments!