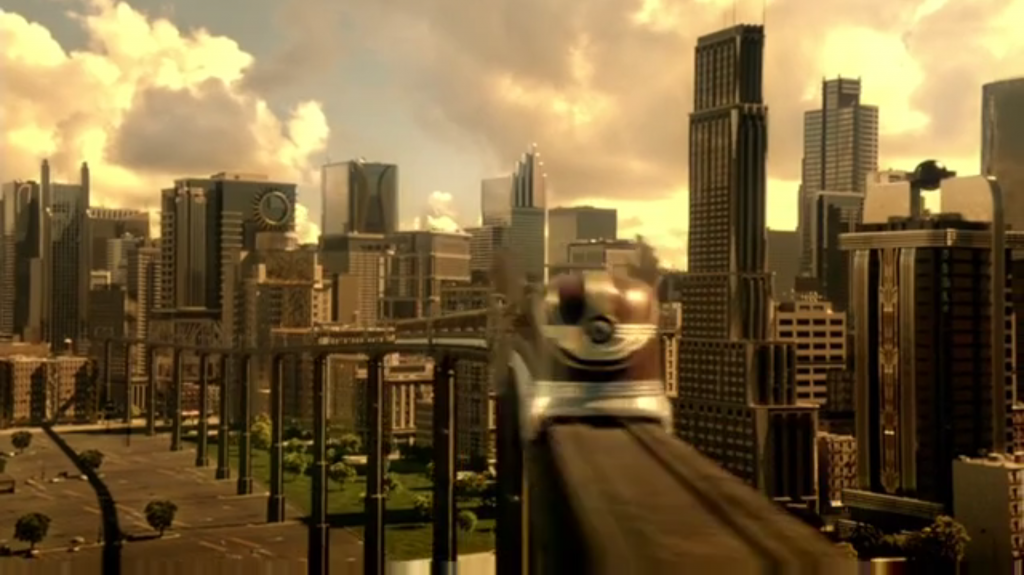 Remember the scene in Indiana Jones and the Last Crusade where Dr. Jones was in a library looking for the Knight’s Tomb?  He finally finds the marker after he scales a winding staircase and looks down to a giant “X” (the Roman numeral ten) emblazoned on the floor.  That’s exactly what it felt like when it dawned on me that Barry, Cisco, and Harry didn’t just travel to Earth-2, they traveled to a live incarnation of the DC Animated Universe (DCAU)!  Just like Indy who couldn’t initially see the forest from the trees, I was, at first, lost in all the details of awesome comic nerdom — references, Easter eggs, and doppelgangers.  Taking myself out of all the excitement, I noticed that everything looked a bit too familiar.  And so, we have the biggest unseen Easter egg of all — hidden right under our noses — that “Welcome to Earth-2” is an homage to DC’s critically acclaimed animated properties that started with Batman: The Animated Series. 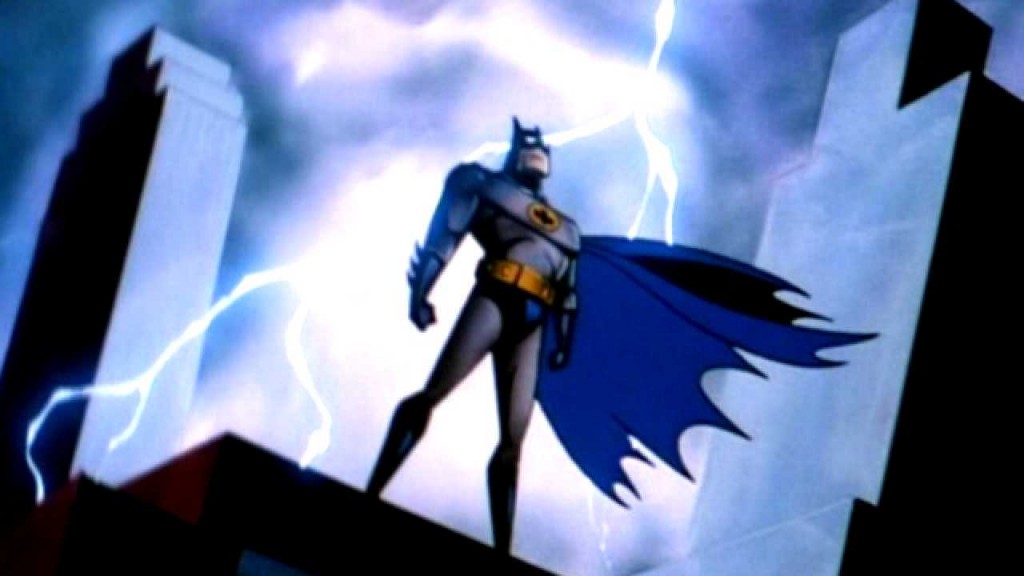 People who aren’t familiar with DC’s shared animated universe that spanned from 1992 to 2006 may have thought that the style of Earth-2 in The Flash was inspired by a 1940s retro look.  That’s semi-correct.  To be more specific, the look of Earth-2 is almost an exact replica of the world that was created by Warner Bros. Animation.  This universe — which is sometimes referred to as the Timmverse or Diniverse (named after Warner Bros. / DC creative giants Bruce Timm and Paul Dini) — was heavy on art deco.  Or a modern French art style that is characterized heavily by vivid colors and exaggerated geometric shapes along with symmetry and an embrace of technology. 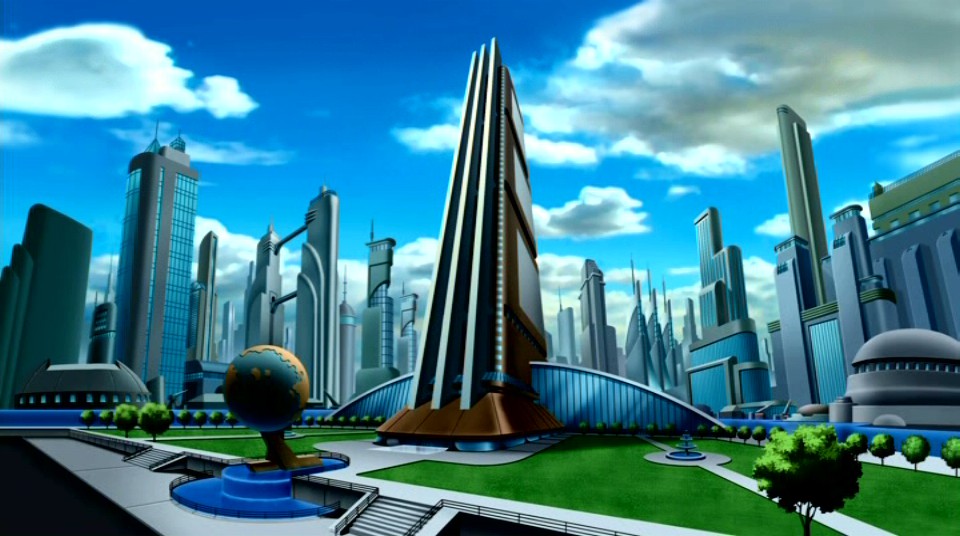 As mentioned before, the DCAU was born with the debut of Batman: The Animated Series (1992 – 1995).  This cartoon was created after Tim Burton brought Batman back to his darker roots in Batman (1989) and Batman Returns (1992).  Developed and created by Bruce Timm and Eric Radomski, the two pioneered what is known as “dark deco.”  Taking inspiration from art deco and the 1940s Fleischer Studios Superman series, Radomski would create the backgrounds from an all-black foundation.  This gave the series a serious, dark, shadowy, atmosphere along with a style that looked like it popped out of a futuristic version of the New York World’s Fair.  The resulting style name was a blend of “art deco” and “darkness” giving rise to the neologism “dark deco.” 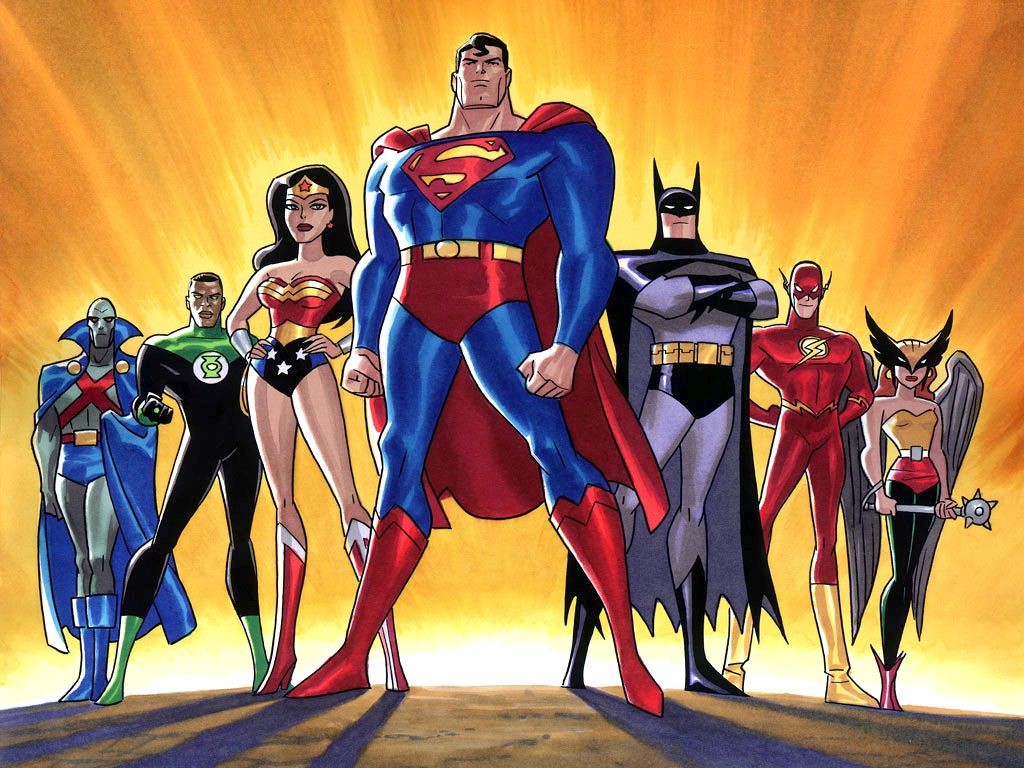 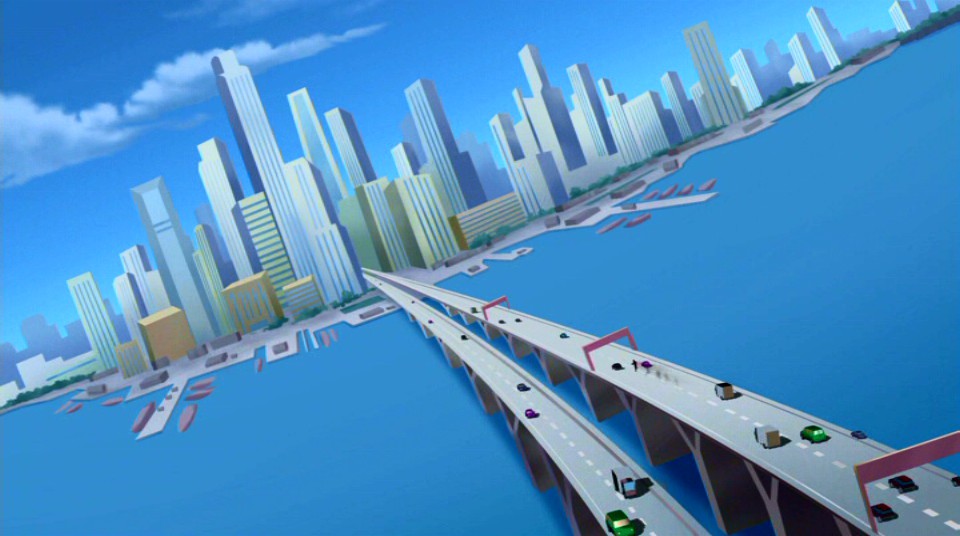 The DCAU’s shows garnered multiple industry awards and were highly acclaimed for their storytelling and strong character development.  They had such great influence on existing DC properties that many of their stories and characters were later adapted and written into canon for the comics.  Batman: The Animated Series solidified Mr. Freeze’s origin and background, and also gave birth to one of the one most famous villains today — Harley Quinn.

So take another look at “Welcome to Earth-2” and check out what you missed.  It’s basically the DC Animated Universe brought to life and a love letter to the awesome style that was born out of the creative minds of Bruce Timm and Paul Dini.  The whole episode was one giant Easter egg birthed from that giant awesome rabbit — not Bugs, though he is owned by the studio — known as Warner Bros. / DC!

SIDE-NOTE: When Barry, Cisco, and Harry were traveling through the universe tunnel — aside from all the other famous characters whizzing by —  did any of you notice the other Flash?  Look familiar?  It was the Flash from CBS’s 1990’s The Flash starring John Wesley Shipp — the actor who now plays Henry Allen — as the Scarlet Speedster.  This just means that all of DC’s properties reside in the same multiverse.  My olfactory senses just detected a delicious scent.  Oh wait, that must be the smell of the Crisis on Infinite Earths!  Hey, let a guy dream. 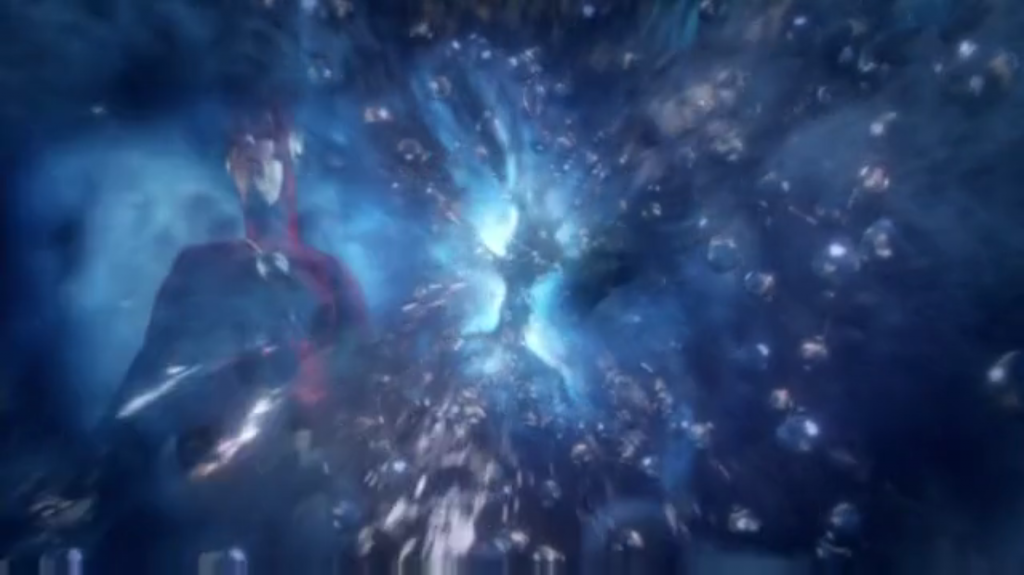 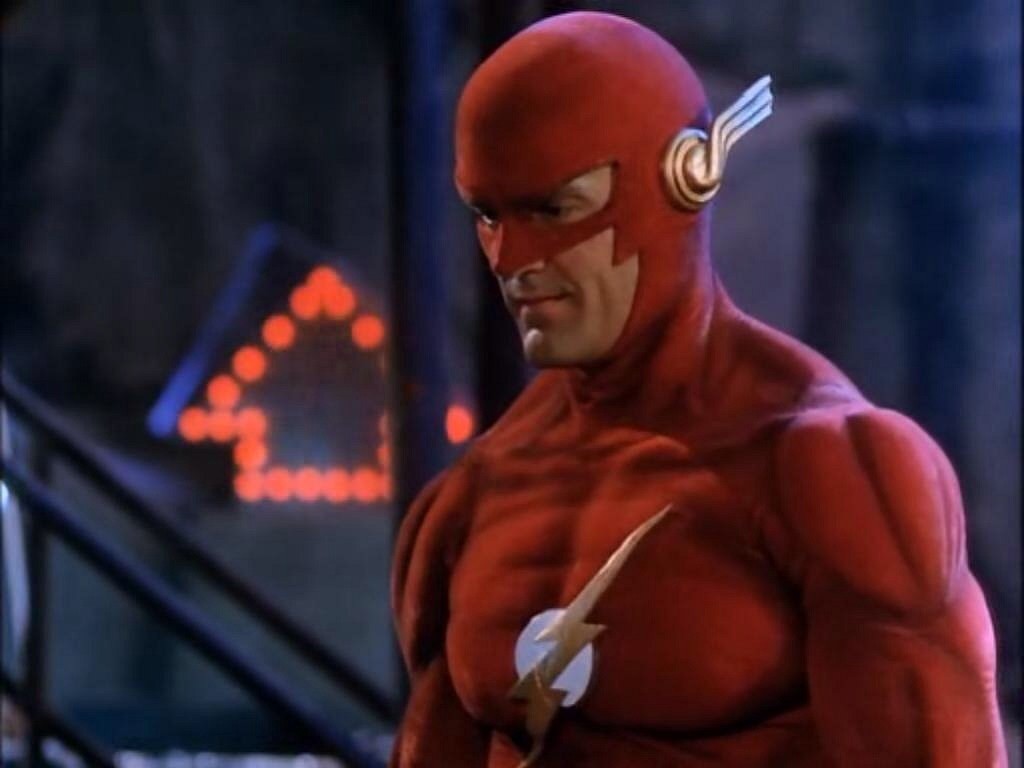 Make sure to visit Nick Tylwalk for his written recap of “Welcome to Earth-2” at Bam Smack Pow.