Almost every superhero has a day job. The crew on Arrow has had a wide variety, including Felicity Smoak serving as CEO of Palmer Technologies and Thea Queen once running her own nightclub. Laurel Lance has perhaps the most important career of the whole bunch, seeing as she’s a district attorney in an obviously crime-ridden locale like Star City.

Yet it’s easy to forget exactly what Laurel does when she’s not cracking skulls with Team Arrow, because the series so rarely shows her in action. Every once in a blue moon, she’ll call in a favor from the DA’s office or help her dad, Quentin Lance, with something. We definitely know she goes to work because she’s often dropping in on her father at the precinct or wearing sensible clothes when she arrives for a night shift at the Arrow Lair.

But as far as actually trying cases goes, even Harvey Birdman spent more time in a courtroom. That’s why one of the most underrated parts of Season 2, episode 16 of Arrow, “Broken Hearts,” was that Laurel actually got to do some lawyer things — a fact not lost on the crew at the Arrow After Show. 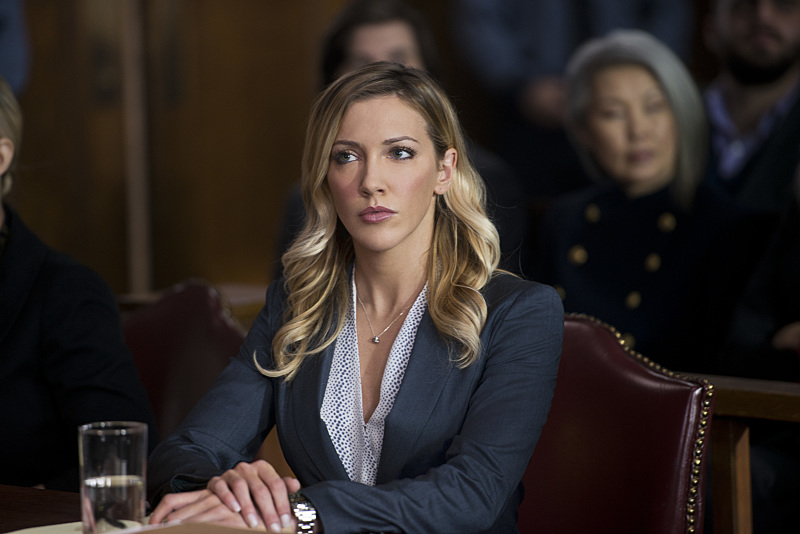 Even though it seems like Laurel and the other Star City DAs should have nonstop work putting all of the criminals rounded up by Green Arrow and company behind bars, it’s possible that we don’t see her do her thing because she’s … well, really not trying many cases.

Arrow After Show host Jack Hind seemed to suggest as much by discussing how lost Laurel appeared at the beginning of Damien Darkh’s hearing:

The beginning of Laurel Lance in court, it was like watching a doctor play soccer. I thought she did a terrible job.

(As an aside, big props to Jack, the show’s resident Brit, for using the word “soccer” instead of muddling the analogy by saying “football,” even though that may have worked too!)

Jack was particularly bothered by the fact that Laurel blundered  into the trap set by Darhk’s attorney, who managed to discredit both John Diggle and Thea Queen in one fell swoop. The purchase of $75,000 of cocaine tends to do that, even if there was a bigger story behind it.

But what other options did she have? She was trying to do everything she could. I thought she was doing a great job. She was using the resources she had at the moment to get a conviction.

Carolina Bonetti also stood up for Laurel, calling the whole court scene a “sham,” one orchestrated by a particularly smug-looking Darhk. Fortunately, Laurel was able to call upon a much better witness later.

Falling on His Lance 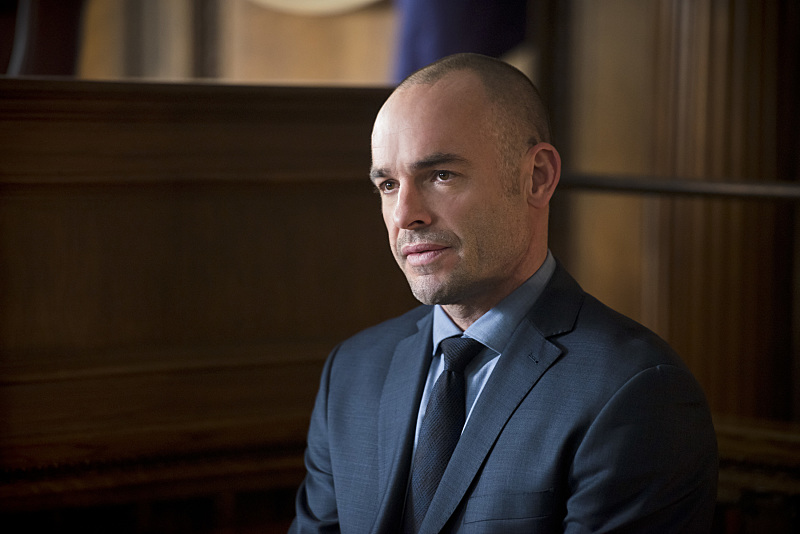 Outmaneuvered in the early going, it took a new tactic for Laurel to get her legal mojo back. She got the weapon she needed when Quentin Lance agreed to testify about his actions while working with Darhk early in Season 4, first because he didn’t know the depths of Damien’s evil and later because the villain threatened his daughter.

Despite Laurel’s objections, Quentin took the stand and confessed to everything while also making it clear that he did some regrettable things under serious duress. That ended up as an unbeatable one-two punch, even standing up to cross-examination by Darhk’s attorney and later cited by the judge as the primary reason that Damien will have to stand trial.

It was essentially an act of career suicide played in public, but Lance didn’t even think twice about it. That impressed Jack.

That is what a real father does. … That is the kind of relationship that truly represents like a father and daughter, and his love for her and her love for him.

Carolina contrasted the Lances with Harry and Jesse Wells on The Flash, noting that Harry originally had no time for his daughter, whereas Quentin “made it very clear, I love my baby girls, from the beginning.” So while he may not have his badge and gun during the internal police investigation, at least Lance can probably keep his No. 1 Dad coffee mug. 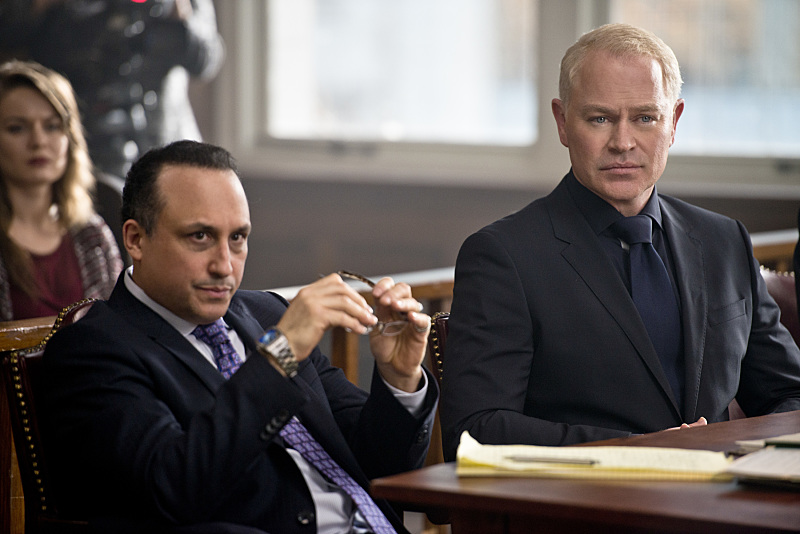 Despite Darhk’s efforts to pass himself off as just a humble citizen of Markovia — and Arrow sure does love referencing the home of Geo-Force — the Season 4 Big Bad was sent to jail until his real trial date arrives. He’s not likely to remain there for too long, but at least that will give Laurel some time to prepare for her next day of real work at her day job.

For more discussion of legal minutiae by Carolina and Rory Ross, what shows Jack should watch to further his understanding of TV law, a deep discussion of the meaning of love and plenty of #Olicity talk, be sure to watch the entire Arrow After Show if you didn’t catch it live.

Will Laurel end up appearing in court so regularly now that she’ll need to buy more work clothes? Might she have to tag in Jack McCoy from Law & Order to really put the screws to Darhk’s lawyer? Need any other procedural elements explained by our hosts? Be sure to leave a comment below or tweet Jack, Carolina and Olivia (and Adam, when he returns) using the info here!