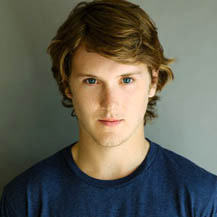 In this weeks episode of Agents of SHIELD we had a couple huge bombs dropped on us Simmons was rescued, Fitz is the biggest bad ass on the team, and Ward recruited the son of Baron Wolfgang Von Strucker into the new and “improving” Hydra. For me this came way out of left field and caught me completely off guard. I will admit that I had bought into the rumors circulating the internet that actor Spencer Clark was going to be playing Alexander Aaron, or Phobos the son of Ares. It made sense to me especially since his character was listed as Alexander on IMDB and he eventually becomes a member of Daisy’s team, the Secret Warriors. The nerd in me was so ready for that to happen that it took a second for it to register that this was in fact Baron Von Strucker’s son. In a panic I immediately jumped to the internet to refresh my memory on who this was and in my haste picked the wrong son. I told everyone that I thought it was Andreas Von Strucker but in reality it was his older half brother Werner Von Strucker.

So who exactly is Werner? Thankfully he is a much simpler character than his half brother. Werner is, as far as villains in the Marvel universe go, normal. There are no super powers, no genetic experimentation (like his half brother and sister) nothing at all really. In fact all he suffers from is possibly an inferiority complex and the desire to make his father proud at any cost. In the comics In order to prove himself, Werner is driven to fulfill his fathers ambitions at any cost and sets out to destroy SHIELD. With a character history like that it won’t be long before this partnership between him and Ward will come to a battle for leadership. Only time will tell if Hydra goes with Ward and his new vision or with Werner and his desire to fulfill his fathers goals. Whomever wins, it promises to be bad news for Coulson, Daisy and the rest of the team.

Make sure you are ready for Episode 3 next week. Don’t forget to check out this weeks After Show!