Poor poor Butch!  God knows what Victor Zsasz did to him at the end of last season but I can only assume that it left him like a chubby ken doll.  After that bit of brainwashing, Butch was firmly in the pocket of the Penguin.  So much so that he allowed his “Boss” to chop off his fingers/hand in a bid to trick Theo Galavan into trusting Butch.  All this was, of course, an elaborate ploy to gain information on the whereabouts of Mrs. Cobblepot.  Theo is not easily tricked and almost instantly gets Butch to confess the true nature of his intentions.  Butch pleads with Galavan explaining that he is “programmed to obey”.  Turns out Theo has his own programmer in the form of his sister Tabitha.  Theo sets Tabitha to the task of “Deprogramming and Reprogramming poor Butch.  In the end Butch returns to Penguin, claiming to know where Mrs. Cobblepot is being held.  So Gotham After Show viewers…whose side is Butch on???  Theo?  Penguin? Zsasz?? Is he finally of his own free will?  Tell us what you think by using #gothamAS. 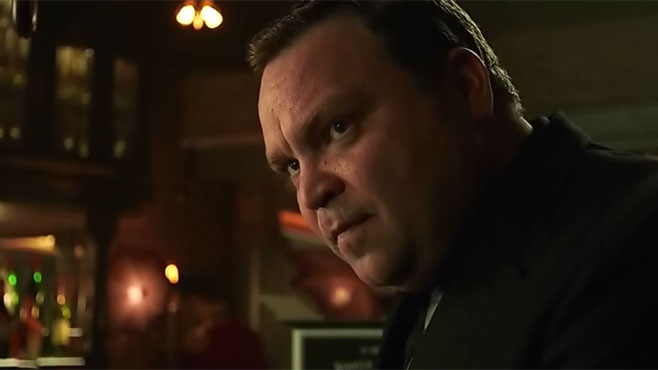