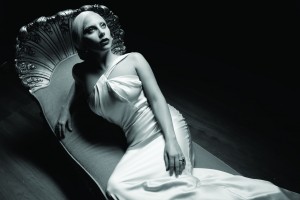 The Countess has made quite the impression on all the inhabitants of the Hotel Cortez…and mostly it’s not good.  While Lady Gaga is fabulous in this role and has us captivated, she’s pissed off too many people and this week in the previews some of her past sins are coming to haunt her.

Ramona and Donovan have teamed up, with the help of Donovan’s mother Iris, to figure out a way to murder the Countess.  Both scorned ex-lovers of the sultry vamp, they have plenty of reasons to want to rid the world of her.  Ramona had to watch her true love die at her hands and Donovan was quickly replaced when boy toy Tristan got into the picture.  But does Donovan have the heart to kill his first love?

Speaking of Tristan, last we saw him, he was dying in the arms of his true love Liz Taylor.  These two defied the Countess by falling in love and not letting her have her way with Tristan.  If she couldn’t have Tristan no one could.  Something tells me Liz Taylor could be the one to take her down.  And who knows, perhaps Ghost Tristan will appear (as so many do that die in the Cortez) and help his love.

And let’s not forget her ex-hubby James March.  He has killed many so what’s one more?  Also, it seems he was incredibly hurt to learn so many years ago she was going to leave him for Rudy Valentino.  He was so mad in fact that he locked them away for years.  Also, could Rudy and his wife think the Countess had her hand in the kidnapping?  And if so, I would not out it past them to seek their revenge of Mr. and Mrs. March.

John Lowe could also finish his Ten Commandments killings with the Countess.  If he remembers the conversation she had with March about stealing Holden, he would have more than enough motivation.  And if he were to tell Alex that’s what happened, could she be the one to let The Countess meet her end?

Either way, let’s hope these people are smart enough to not kill her in the Hotel Cortez.

What do you all think?  Who will be the Countess’s undoing?  Or do you think she will survive them all?  Sound off below and tweet me @kristincarole13 with the hashtag #AHSAS ! And be sure to catch up on our recaps!