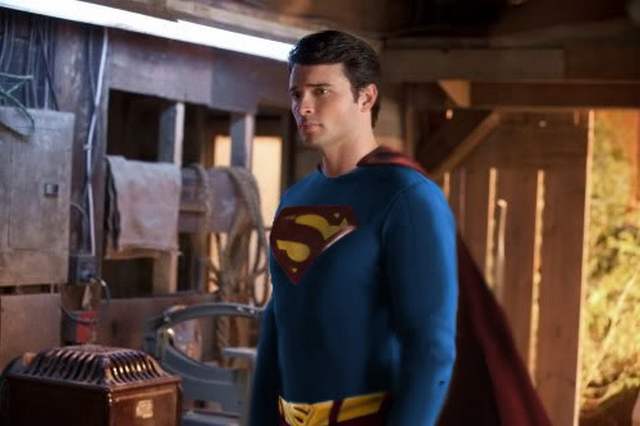 Do you know what The Talon is? If you do, you’re in a special club who participated in the viewing enjoyment of one the greatest television programs of our time. So good, I’m talkin, dad needing to record the episodes on video tape (yes, actual vhs tape) because DVR didnt exist yet, and weeknight basketball games were not gonna keep me from my watching my show, good. that good. I’m talkin Smallville. There would be no “Flash” on CW if there was no “Smallville” on the WB. If you havent seen it I implore you to do so. For those who have watched. . .How Good!? Ok, now that the love fest is over lets get to why you may have read to this far to begin with.

Back in April of this year there was a rumor ignited on Reddit that Tom Welling (Actor who plays Clark Kent on Smallville) would be appearing on The Flash as Superman. That rumor was put to bed quicker than the flash can change into his supersuit. BUT, now that season two has begun and the story lines and plot have revealed themselves we have reason to hope. Copy and Pasting from a somewhat sketching looking site, www.inquisitr.com, we know that Greg Berlanti, the executive producer of The Flash, had this to say about the Superman related rumors:

“Now, from what I gather, this Superman is going to be played by Tom Welling and his Superman may or may not be tied to Smallville but I think that the end of season 1 would introduce an alternate timeline where Superman exists and Caitlin and Cisco are metahumans.”

Ok boom! Greg is saying that this possibility would exist should there be alternate timelines, and now this season with Jay Garricks appearance we sure one and then some! To top it off, there are deleted scenes from the Pilot episode where Jesse L. Martin’s character Joe West, talks to Barry about a guy ‘who can bend steal’ (and a guy who can talk to fish) so the ideas that Superman exists for the staff of The Flash is real!!

We’ll just have to wait and see.

Posted in BLOG, The Flash After Show, The Flash Blog and tagged After Show, barry allen, cw, grant gustin, Smallville, superman, The Flash, the flash after show, the talon, tom welling, WB