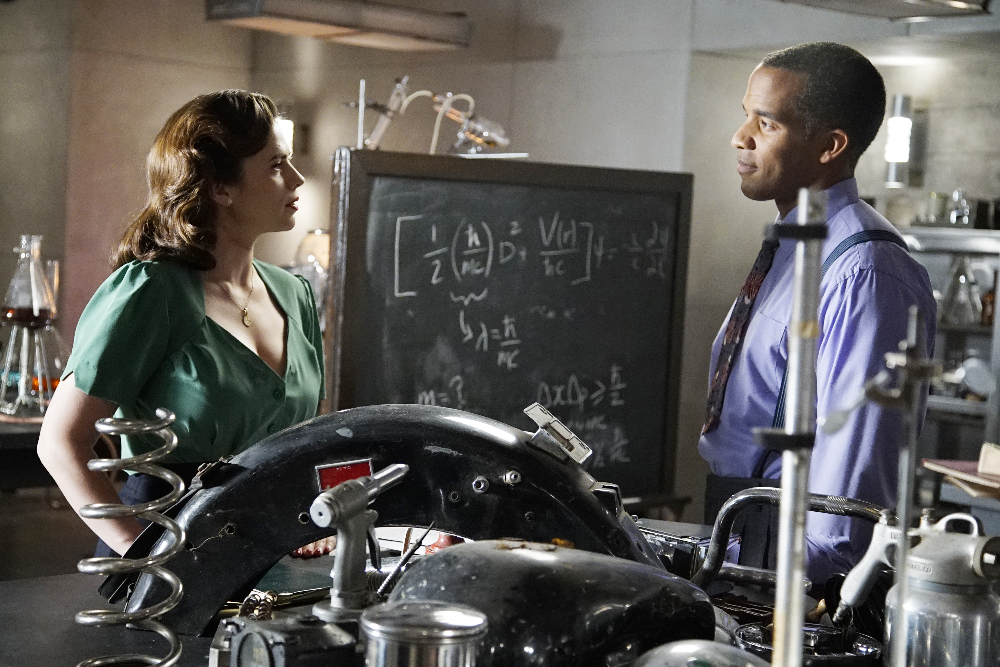 Those of you watching Agent Carter‘s third episode, “Better Angels”, witnessed the introduction of another evil nefarious force in the Marvel Cinematic Universe.  Wait, Hydra’s not enough?  When you’re a top-notch agent who can list one of her past partners as Captain America, the answer is a big “nope.” 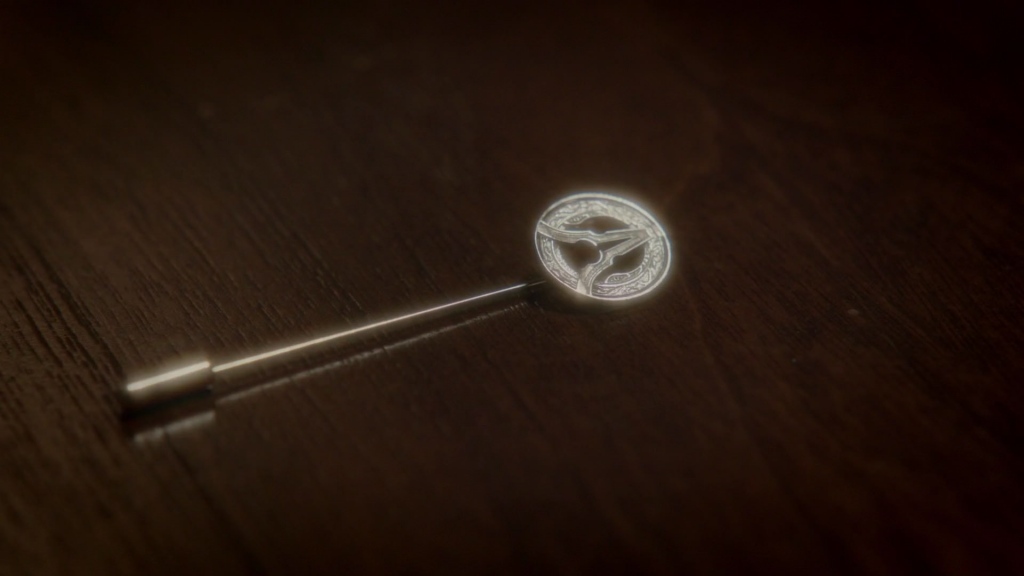 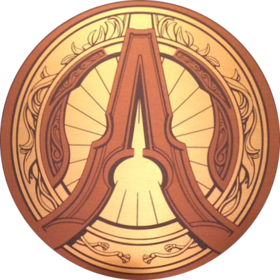 Marvel’s Agents of S.H.I.E.L.D. (which is currently on hiatus to make room for Agent Carter), this season, has taught us to look for clues in any form possible.  And I’ll admit that I got extremely overzealous last night when I saw the pin for the Arena Club.  I did my best Fitz and started seeing how the club’s insignia looked just like the silhouette of a space shuttle.  What else started out as an innocent space shuttle symbol, but ended up being a symbol for Hydra?  The patch worn by the expedition team who got trapped on the planet that Simmons was transported to and rescued from.  Fitz later figures out that the symbol was rooted in an ancient alien symbol and, through time, evolved into the modern day Hydra sigil.

But alas, my fired up excitement at figuring out some secret twist was extinguished by a simple revelation by Tara Butters and Michele Fazekas, the producers of Agent Carter.  In an Entertainment Weekly interview, Fazekas and Butters confirmed that the Arena Club is a secret meeting place for the Council of Nine —  the MCU’s version of the Secret Empire.

ENTERTAINMENT WEEKLY: Is this council basically the Secret Empire?

TARA BUTTERS: Yes. [Laughs] They don’t call themselves Secret Empire, but that is exactly what it is. It’s the Arena Club.

Of course, Hugh Jones, from the first season, played by Ray Wise, is a member of the Council of Nine. Whitney Frost’s husband is a member, played by Currie Graham. Whitney Frost is desperate to get more power for her husband, but he is between a rock and a hard place, because he has to do what the Council says, but he’s got his wife like, “No, you have to do it this way.” He’s just trying to navigate between the two and it’s not going well for him. 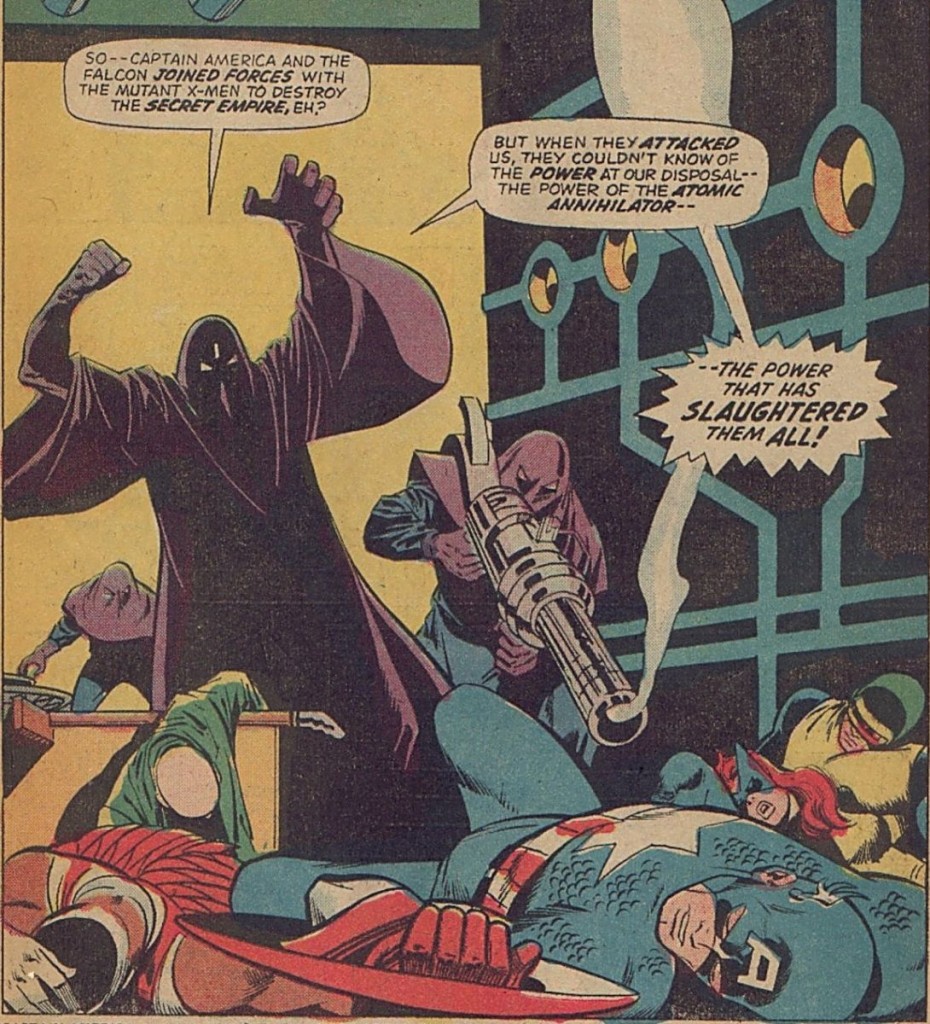 At first, the Secret Empire acted as a distraction for the likes of S.H.I.E.L.D., so that Hydra’s main operations could run without disruption.  Later, the organization sought to break away from Hydra and become independent.  Throughout the years, the Secret Empire was known to have orchestrated many conspiracies, and also infiltrated high-ranking offices.  In Captain America Vol. 1 #175 (July 1974), it was heavily implied that the President of the United States was actually the Number One at that time.  This was, of course, mirroring the events of then President Richard Nixon’s resignation from the Watergate Scandal. 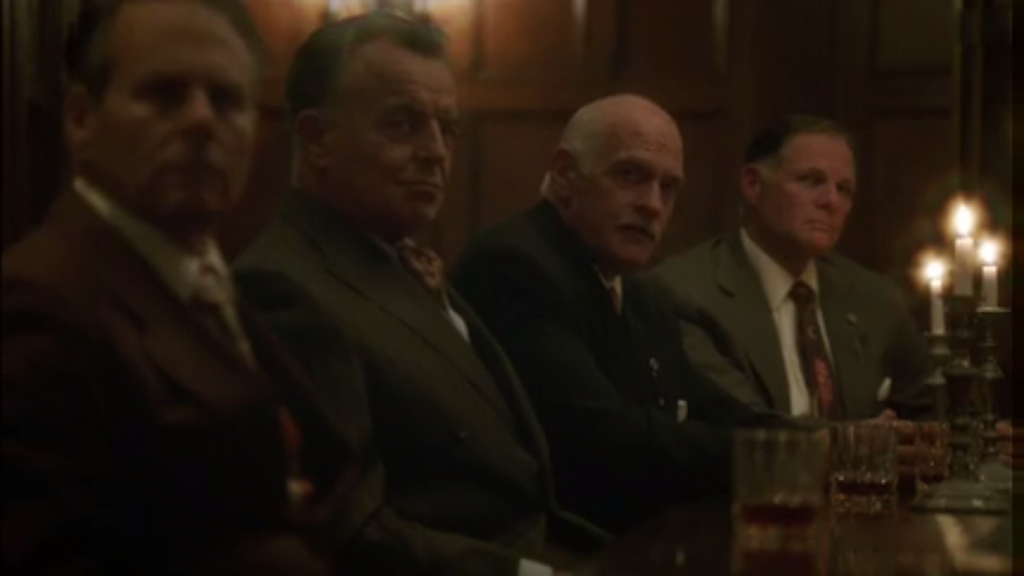 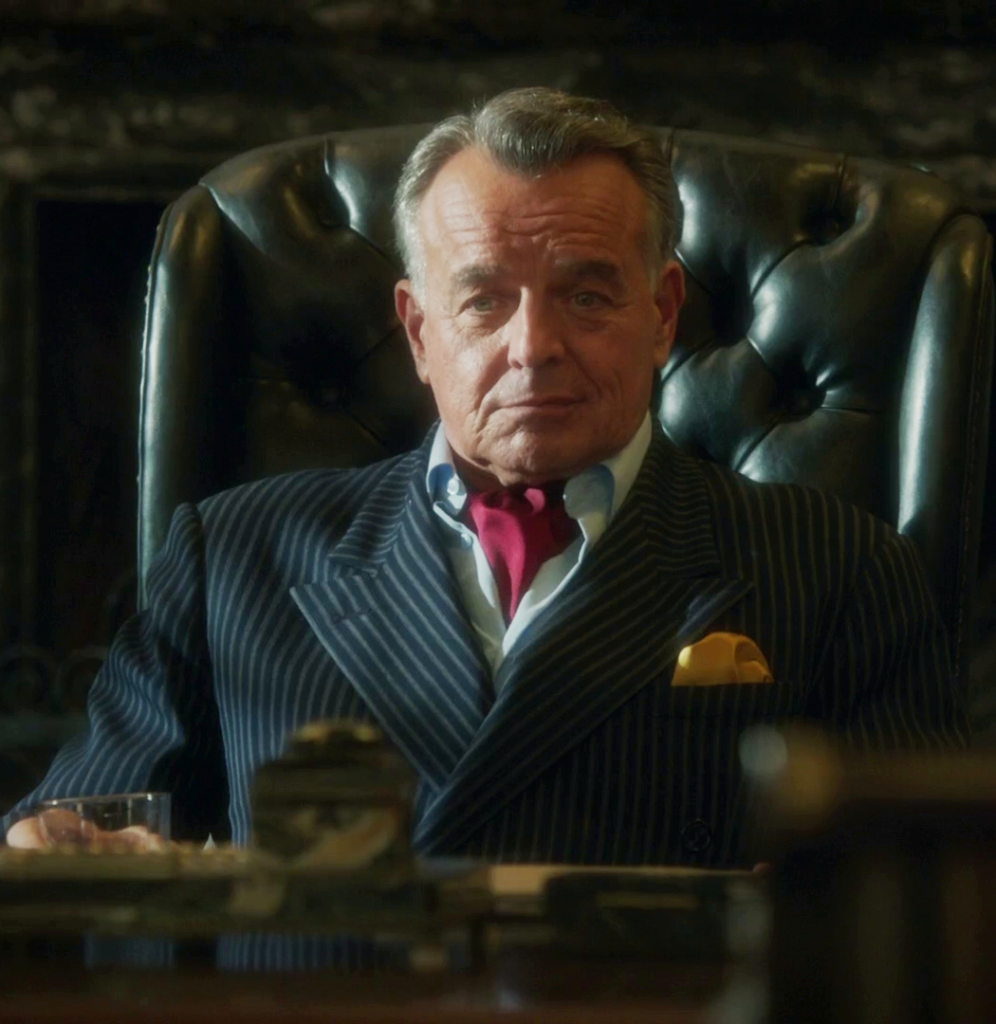 On Agent Carter, the Council of Nine was first seen in “A View in the Dark”, where Hugh Jones, the head of the Roxxon Oil Corporation, and Tom told Calvin Chadwick, head of Isodyne Corporation, to focus on becoming senator — which mirrors the actions of the Secret Empire’s comic book counterpart in instilling its members in positions of power.

Since Whitney Frost now has Zero Matter within her and access to Darkforce, it’ll be interesting to see how her husband, Calvin, will use her newfound abilities to help the Council of Nine.  Could Frost later turn into Madame Masque and lead the Council of Nine?  What do you think?

Make sure to visit Christina Roberts for her written recap of “Better Angels” at Bam Smack Pow.

Don’t forget to follow @thestreamtv and the after show hosts on Tiwtter!