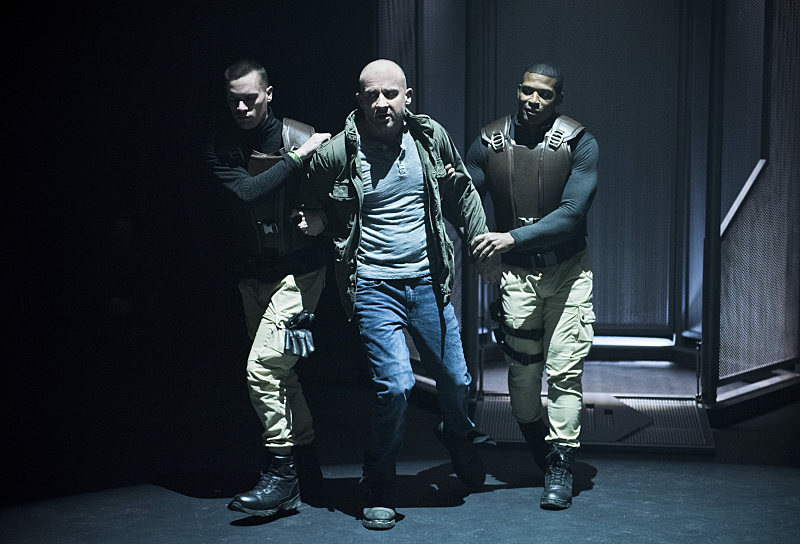 Only one more episode left! “Destiny” was the penultimate episode of DC’s Legends of Tomorrow Season One, and our band of heroic misfits received some pretty damning information—they haven’t been in control of their futures. On top of that revelation, this episode kicked it into high gear in terms of plotting, action, and twists. Speaking of revved up, our After Show hosts—Jack Hind, Tatiana Mariesa, and Rory Ross—thought this would be a tough episode to top, especially since the season finale is upon us. So let’s get their thoughts on “Destiny” …

Master of Puppets is Pulling Your Strings 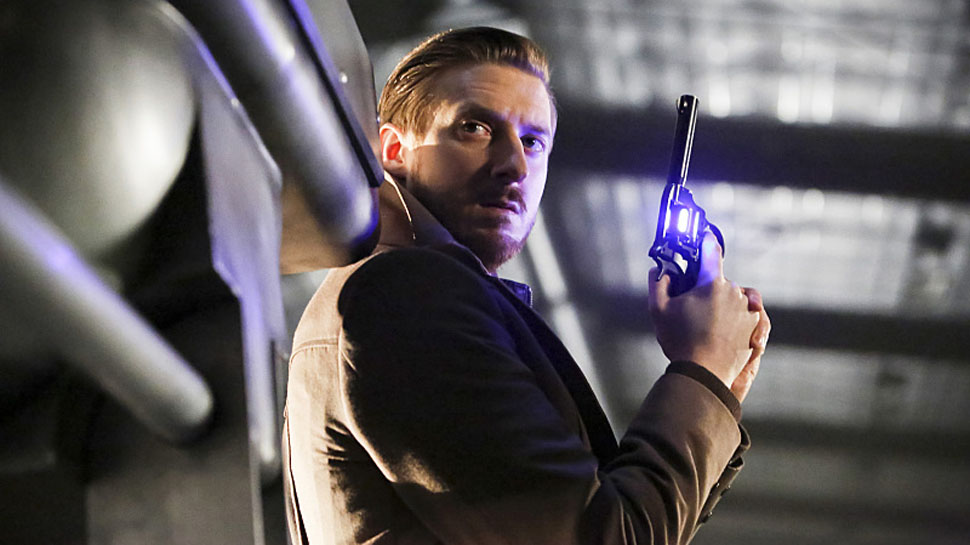 That’s not just part of the lyrics to a Metallica song … it was basically the whole revelation of the episode, and a key phrase and idea mentioned by our Rory Ross. Why did the Time Masters feel the need to manipulate the lives of our Legends? Vandal Savage’s plans for genocide actually unite humanity which is what will be needed when the Thangarians attack. But aren’t the Time Masters safe in their Vanishing Point? Not so, because the Thangarians also take that precious sanctuary too. So the Time Masters aren’t really acting all that altruistic—it’s still pretty much self-preservation.

Before we get too deep into the episode, the biggest thing on the audience’s mind is “Who are the Thanagarians?” Rory and Jack have us covered on that subject. The race is from the planet Thanagar (obviously); and in the comics, it’s the homeworld of Hawkgirl. The asteroid that landed in Egypt contained Nth Metal which is from—surprise, surprise—Thanagar. Nth Metal has many properties which can be deemed “magical,” and they might get deeper into that myth in the next season. 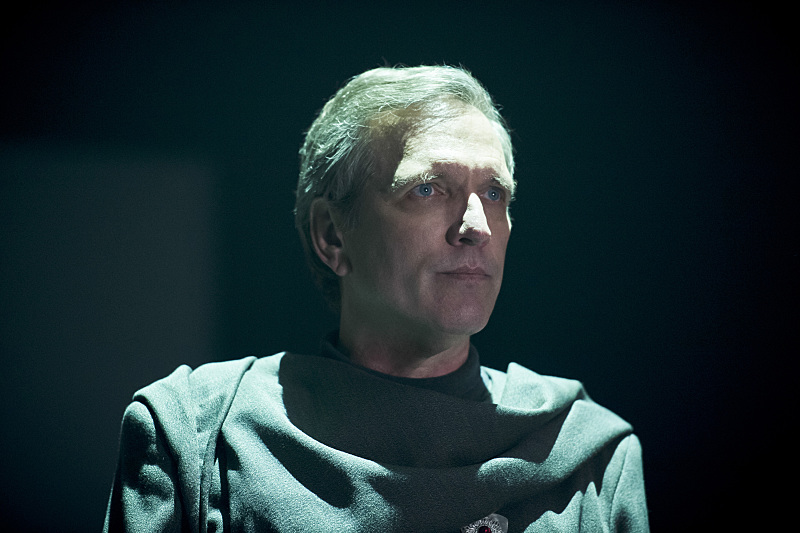 The key question then comes to “How did the Time Masters go about manipulating time?” It was soon revealed to Rip that they had the Oculus—a device with the ability to see all of time and control it. Wow … just wow! The Time Masters are a pretty powerful group, and it seems that their lies of we-only-observe-and-do-no-harm have been exposed. Tatiana brings up some great questions. Are they supernatural beings? On top of that, do they age? Did they come from the future? The past? What exactly allowed the Time Masters to come into fruition? Tatiana, your guess is as good as everyone’s.

The Time Masters are obviously not cut from the same cloth as humans because they’ll go as far as killing someone’s family just to meet their goals. As Tatiana would say, “That’s low.” This is probably why the Time Masters have no families themselves—it allows them to show no empathy or sympathy to those they manipulate. Though Tatiana really dislikes the Time Masters, her “Team Savage” streak is stronger than ever. Why? Unlike the Time Masters, Savage is someone you can relate to now. He’s experienced love and lost, having children, witnessing humanity rise and fall … and their (our?) stupidity. Seeing these reasons, Jack has also been swayed—the tiniest bit—to root for Savage. He kind of wants our overcoat-wearing tyrant to win.

Is It Possible to Be Selfish Even When You’re Sacrificing Yourself? 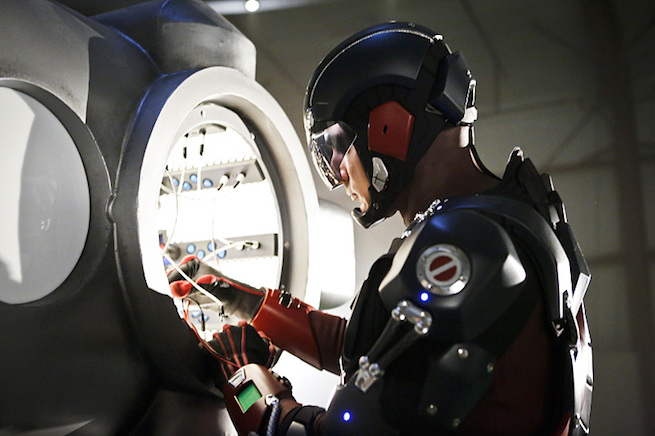 Sounds sort of oxymoronic, but no other team does this better than the Legends. Ray wanted to embrace his “destiny” and die for a cause, but Mick would hear none of that. Our favorite flame-throwing antihero wanted that glory for himself, so he knocked out our boy scout and stayed to finish the mission. Then, Leonard gets wind of this, and what does he do? He also knocked out Mick and took a stab at self-sacrifice.  I guess it was worth it because he got a final kiss from Sara. As the team ran to safety, the Oculus exploded—supposedly taking Leonard and Time Master Druce with it. Leonard is now, sort of, seen as a martyr because it reignites the team more than ever to find Kendra and Carter, and kill Savage. 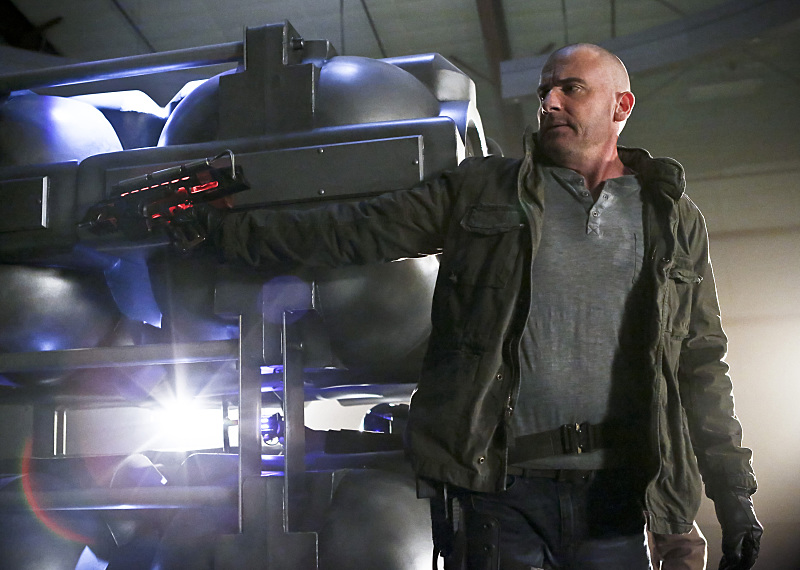 Throughout this first season, we’ve seen our Legends grow and change— none can be more evident of this change than Leonard and Mick. The two started off going on Rip’s little “field trip” because it would be a good way to do more heists. After Leonard got a small taste of the heroic life, he thought he’d stick around … you know … out of curiosity. Mick was more of a one-step-forward-two-steps-back kind of guy. And no, I didn’t get that phrase confused. He had been bettering himself, but in “Marooned,” he turned on the team and was … yes, marooned, at an unknown location by Leonard. Later, after being picked up by the Time Masters, he was transformed into Chronos—the bounty hunter who pursued the team from the start of their adventure. 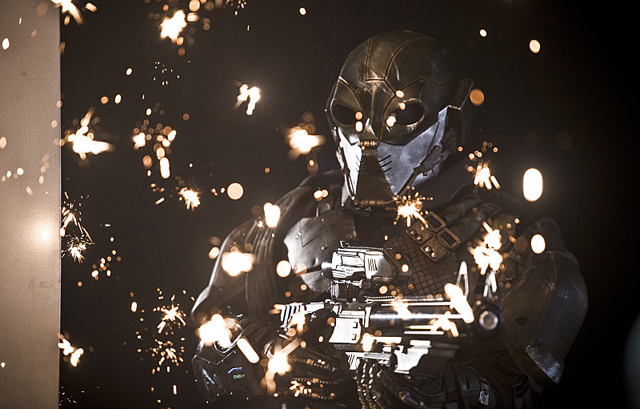 In this last episode, we saw how both—Leonard and Mick—were willing to give their lives for the team. If those aren’t great character arcs, I don’t know what is.

There’s still no tearing Jack away from his love for Rip though. I can see it from his angle that Rip did have an arc. However, like what Tatiana said, “It took too long.” At times, I thought Rip was the cause of his own downfall.

Rory’s favorite arc was Mick’s. And that one-liner about him going soft really sealed the deal for Rory: “Because if you tell the team I actually care, I’ll shave your head.” Man, even his threats of warning Ray not to expose him are becoming soft. How meta!

Leonard Is Not Dead 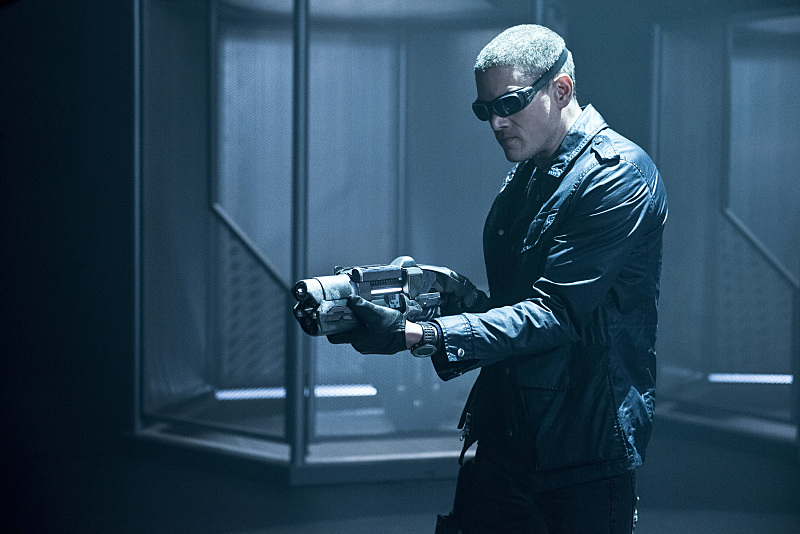 There, I said it! There’s no point in dilly dallying around that question. Yes, the Oculus exploded. Yes, the team thinks he’s dead. But we—the audience—know he’s not. He’s the strongest character in the series, and this is a science fiction show rooted in time travel. There’s no way this character is dead. The thing we’re interested in the most is an explanation of how he survived, because that would definitely create some more fascinating storylines. And Tatiana is on my side with this. She jumps right to the question of “When you fall into the Oculus, do you see everything?”

Well, we only have the season finale left. Maybe some of our questions will be answered at that time (pun intended).

What did you think of “Destiny”? Which character, in your opinion, had the best arc of the season? What do you think will happen or is happening to Leonard right now. Jack, Tatiana, Rory, and I want to hear your thoughts, so sound off in the comments!

You can also read my written recap of “Destiny” at Bam Smack Pow.