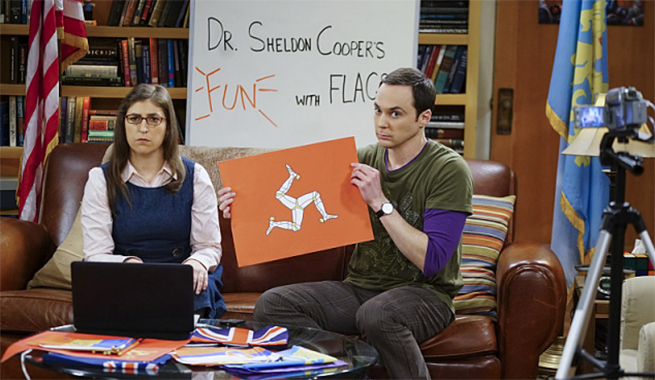 As Adam, Brandee, and Cherise pointed out, this week’s episode of The Big Bang Theory — “The Valentino Submergence” — dropped a huge bombshell on fans (hence the reason for the final word in the article’s title).  And I promise you that we’ll get to that later because that type of change always shifts the dynamics in a sitcom.  That’s not to say that there isn’t plenty of other things to discuss.  We had Leonard and Penny trying to feel young again after Penny is called “ma’am” by a host; Raj breaking up with Emily right before Valentine’s Day; and Sheldon implementing a new format to his Fun with Flags show — with it being live and Amy credited as a co-host. 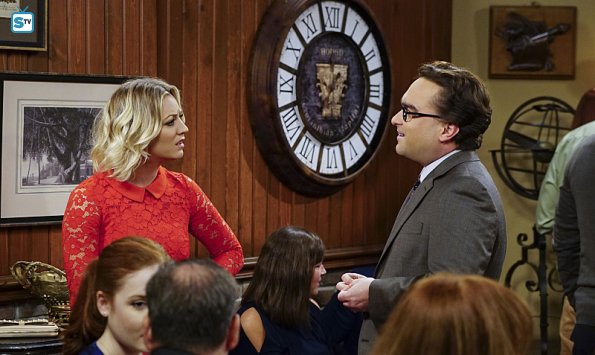 It’s not just the title of a 1986 Disney Sunday Night Movie starring Keanu Reeves and the late great Robert Urich, but how Penny wanted to feel after being called “ma’am.”  Whoa, this whole article just became very meta — Am I really that old that I would actually know about that movie?  Anyways … poor Penny felt like she was over the hill after a comment that was meant to be more of a gesture of respect.  Throughout the night, she and Leonard tried to look for “young” things to do.  Personally, I think Penny feeling old has nothing to do with the host’s comment or her age in years.  It may be due to Penny knowing that she never became a successful actress.  That’s also not to say that she hasn’t found success at her current occupation — as a pharmaceutical’s sales rep who supposedly pulls in more than Leonard. 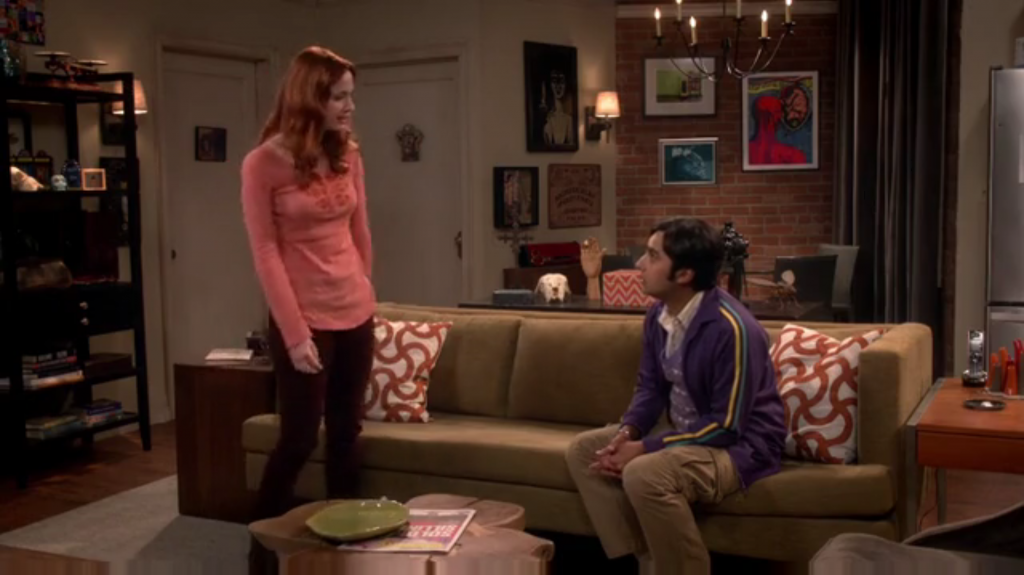 I know this is going to sound crude, but there’s an old Chinese proverb “Ride the mule while looking for the horse.”  Now, forget about the visuals, but the concept behind it means that Raj should’ve attempted to ask Claire out first and then break up with Emily.  It’s akin to any person looking for a new job.  You don’t outright quit your job and then look for a new one.  You find a new job and then quit your old one.  Like I said, it sounds rather crude, but, in a way, Raj’s mind was already there.  He just didn’t execute it properly.  Why do you think he was trying to get Emily to take him back after Claire rejected him?  No one in his right mind would expect a girl to take him back after making it known that she was second fiddle.

I like Raj, but his back-and-forth was pretty bad.  It was funny, but bad.  And Cherise, I too thought that the scenes of him breaking up with Emily were a “dream sequence.”  To me, it looked like an imaginary scenario playing out in his head.

So here’s a thought: do you think Raj, Stuart, and Kripke should just form their own trinity?  Oh man, that would be the saddest group to ever grace this rock we call Earth.  Take note CBS, if you ever need a spin-off, you have your material right here.

Not so Fun with Flags 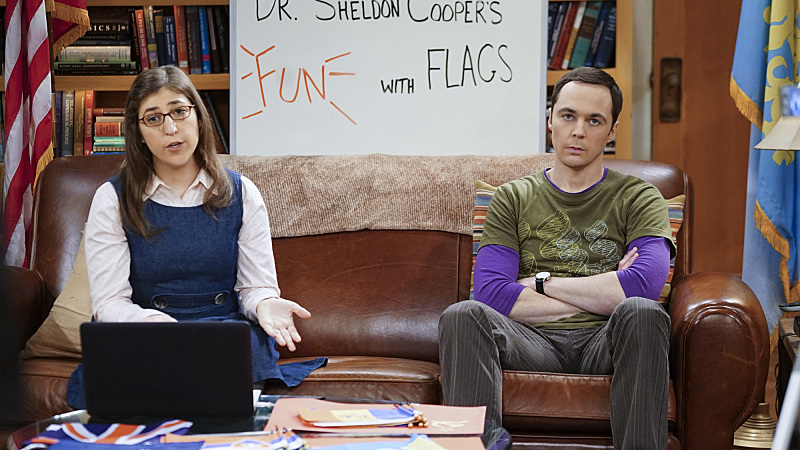 Dr. Sheldon Cooper generously makes you a co-host of his show and what is his payment in return?  You turn his show into a relationship advice channel.  I have to admit that one of the highlights of this episode was Kripke calling in.  On a social level, he’s the same as our main cast, except he has no filter.  He says the creepiest and most inappropriate things.  What’s worse is that he thinks they should be said.  The show needs a bit more Barry Kripke.  He’s the Eric Cartman / Glenn Quagmire of The Big Bang Theory. 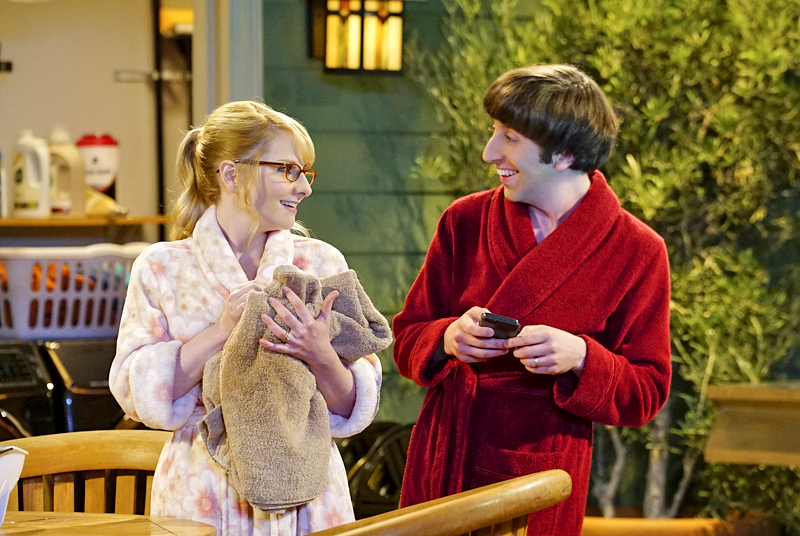 Yep, Bernadette is pregnant!  Wolowitz is becoming a dad.  Now say that out loud:

“Howard Wolowitz is becoming a father.”

It just doesn’t sound right … but I like it.  The Big Bang Theory has always been about uncomfortable situations.  Paraphrasing what Sheldon and his logical brain stated in this episode, “Pain helps us to evolve.”  This show has been evolving since day one of its inception, and if it means making Howard a father, I’d say go for it.  I had a couple of theories of my own about Bernadette’s pregnancy and their future child — one of these was actually touched upon by Adam and Brandee:

So fans, I now turn to you.  What do you think?  Do you agree with me, Adam, Brandee, or Cherise?  Sound off in the comments.  We’d love to hear from you!