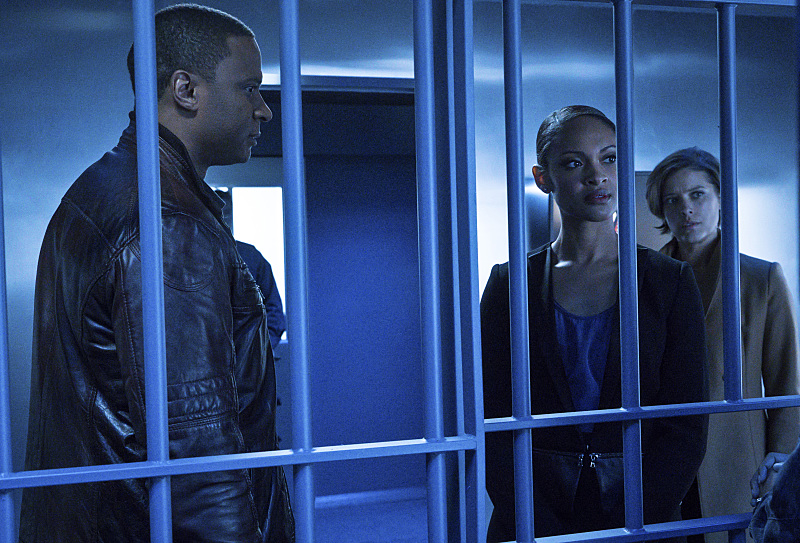 Whoa, crazy episode tonight!  First off, it looks like Andy Diggle’s redemption was sooner than we thought, unless he’s playing another angle here.  Sorry, I’m a cynic, and you have to give me some leeway because Arrow is more of the doom-and-gloom side of DC in the television universe.  Okay, we all know that this post isn’t going to be about Andy.  Jeez, what gave that away?  Yep, I can’t believe it myself …

That is one of the craziest moves I have ever seen a DC show pull off.  Waller is not a character you willy-nilly kill off.  She’s basically the Nick Fury of the DC universe, but — dare I say it — even more hardcore.  How unceremonious was her death?  Just a plain gunshot to the head.  BOOM!  And she was done.

I actually spat popcorn all over my keyboard (yes, I watch TV like Overwatch in the lair) while cursing up a storm when I saw that.  I think I also replayed that scene around five times trying to see anything remotely close to a ruse.  Even up to the end, I was waiting for Waller to walk on-screen alive and well, telling everyone that she always has a double because she’s that important.  Well, nothing close to that happened. 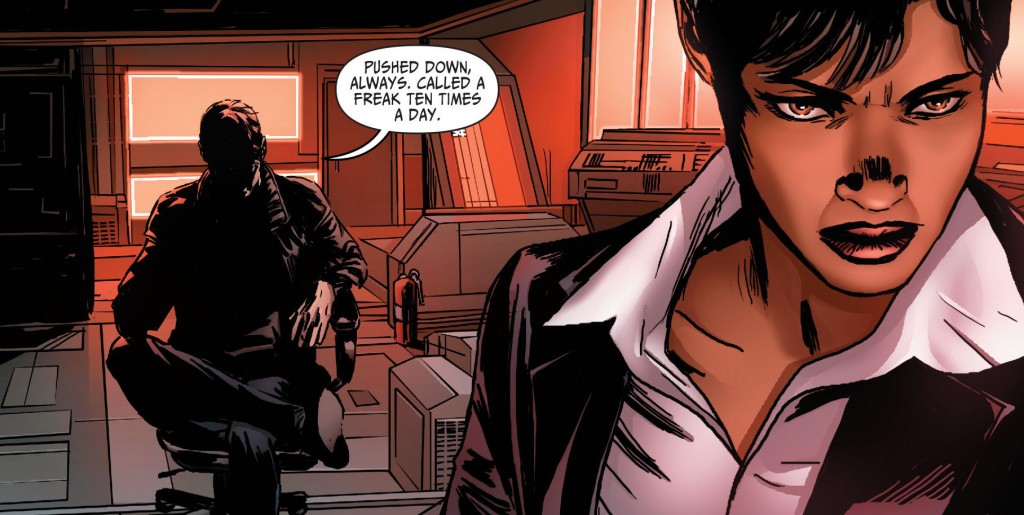 If memory serves me correctly, Amanda Waller was never killed in the comics.  I’m not sure about her other incarnations in the multiverse, but in the main continuity, she’s still alive and well.  She’s also known to be one of the toughest and smartest characters in the DC universe.  Kind of a bit of an anti-hero, she’s had her fair share of butting heads with the best of the best — Batman and Superman.

Is there any chance of Waller returning from the grave?  Look, you and I both know that on television, anything can happen.  When you throw comic books into the mix, the sky’s only a recommended limit.  Malcolm Merlyn was originally thought to be dead at the end of Season 1, but made a triumphant return in Season 2.

Here’s my theory on the whole matter.  A.R.G.U.S. knows pretty much everything, so they have to know about the Lazarus Pit.  Before anyone says anything, yes, I know the Lazarus Pit was destroyed by Nyssa al Ghul after Sara Lance was brought back to life in total feral glory.  However, don’t forget that Damien Darhk, before he parted ways from the League of Assassins, stole his own supply of this miraculous liquid.  Could Team Arrow end up making a Faustian bargain with A.R.G.U.S.?  That is, A.R.G.U.S. will help Team Arrow kill Damien Darhk if they get assistance in retrieving the water to help resurrect Waller?

That would be a pretty compelling proposition.  Normally, Team Arrow would never go along with this.  However, we did flash-forward to the end of Season 4, and Felicity looked pretty hell-bent on having Oliver avenge the death of someone close to them by killing Damien.  I think this moment of revenge-insanity will make Team Arrow do some things they would normally never do, and would later come to regret.

So tonight, I raise my mug of root beer to the White Queen.  She was a tough one who was stubborn to the end.  And I respect her for that.  Rest in peace, Amanda Waller.  I’m sure Team Arrow will miss you in their own way … for now.

Make sure to visit Nick Tylwalk for his written recap of “A.W.O.L.” at Bam Smack Pow.