The Season 4 finale of Arrow, “Schism,” featured one of the largest pitched battles in the history of the show. As Damien Darhk and his HIVE ghosts made their final move, Green Arrow was able to rally the citizens of Star City to rise up against them, leading to what Adam Kruger of the Arrow After Show called a Braveheart-esque battle featuring dozens of people throwing down.

Ever wonder how all of the action on Arrow comes together? Wonder no more, because fight and stunt coordinator James Bamford joined this week’s episode via Skype to take fans behind the scenes and explain how the magic happens.

Here are some of the highlights:

Are those real arrows? 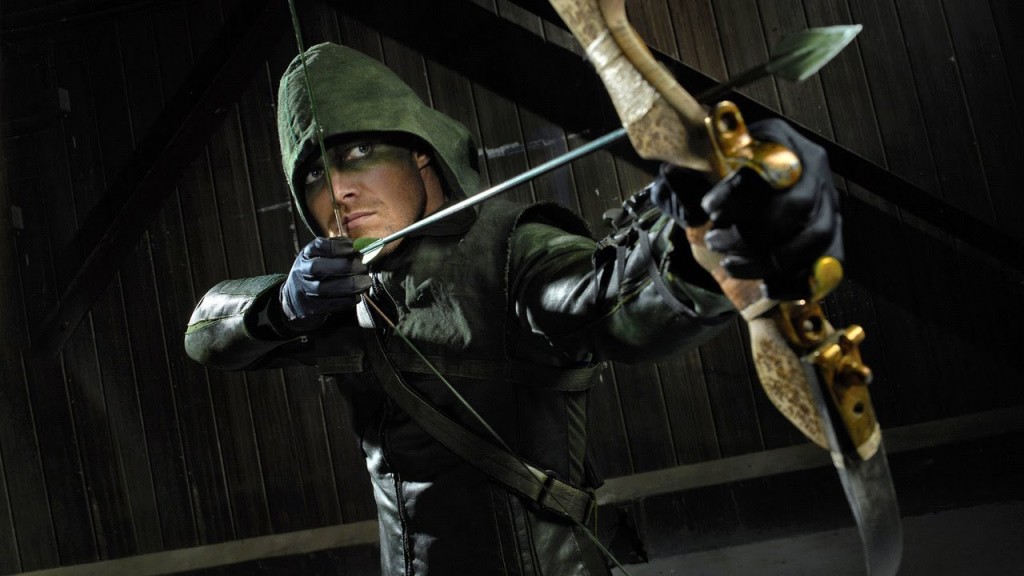 Bamford explained that when he was actually involved in doing the stunts back in the day, the way archery was performed in TV shows or movies was that the stunt performer wore a piece of wood under his or her costume, someone from the visual effects crew shot the arrow at them, and everyone just hoped they had the aim of Oliver Queen. Sounds … dangerous!

That obviously won’t fly in Arrow, so a mix of practical effects and CGI is used.

Most of our arrows will be CGI. If you see an arrow in anybody for any length of time, it’s a plant-on arrow, so it’s placed under the wardrobe and basically screwed in, depending on the depth of where it goes into the body. You can’t stand there with an arrow sticking out of your chest with visual effects and have a conversation for 10 minutes, or it would cost $5 million.

That’s helpful information for anyone planning on making their own Green Arrow fan film someday.

Do the actors want to do their own stunts? 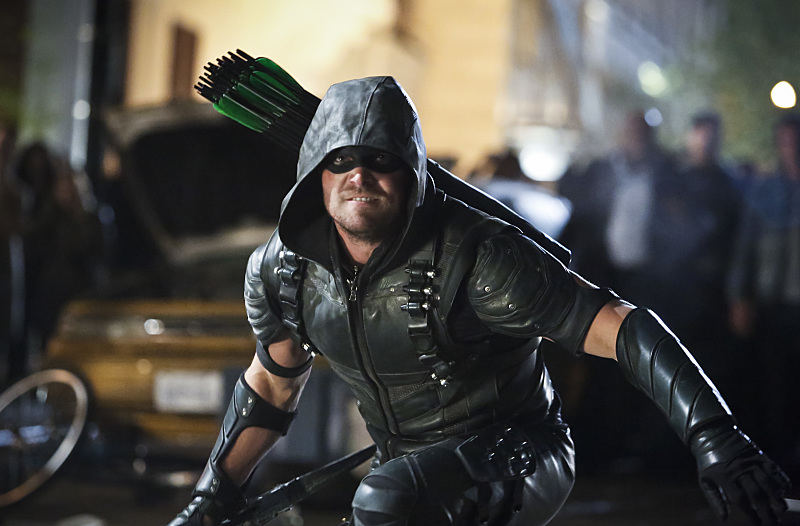 While the actors on Arrow have talented stunt doubles backing them up, it’s not uncommon to hear them talking in interviews about wanting to participate in the action themselves — and apparently the show’s leading man leads the way in that regard.

Bamford said that Stephen Amell is a natural athlete who picks up fight choreography at Barry Allen-type speed, and that if he were able, he’d do all his own stunts. Insurance and safety issues prevent that, but he is in the fray as often as he’s allowed.

He wants to do everything. There isn’t one episode where Stephen doesn’t want to do absolutely every single stunt. We put him in as much as we can.

Pressed by Arrow After Show host Jack Hind about where the line might be drawn, Bamford mentioned a recent scene with van on motorcycle violence. But for anything less, if you’re wondering if that’s really Amell in any particular action scene, there’s a good chance it is. 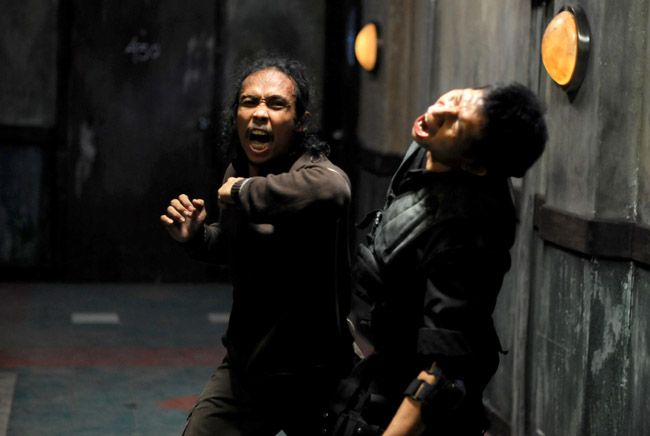 A fan sent in a question asking if Bamford looked to the movie John Wick as a guide to fight choreography. He expressed his admiration for that film — directed by a former member of the stunt performer community — but also said he finds influences in films from all over the world, including Hong Kong and Indonesia.

But there’s one movie in particular that Bamford used to set the bar early on: The Raid.

I gave Stephen a copy of The Raid when we started the pilot of Arrow, and I said, “This is what I want you to aspire to be.” And he just got a hold of it with his teeth and loved it. What’s not to love?

Bamford noted that there’s a level of violence that films and Netflix series like Daredevil can do that Arrow can’t on network TV, but he said he thinks Arrow gets “75 percent” of the way there.

With all of the action that took place in “Schism,” the timing for Bamford’s visit couldn’t have been better. Watch the entire episode and you won’t look at a fight scene on the series quite the same way again.

Arrow has called it a wrap for Season 4, but you can still interact with the Arrow After Show hosts all summer long. Remember to hit them up with the hashtag #ArrowAfterShow to make your voice heard!

Join Adam Kruger, Jack Hind, and Olivia De Bortoli every week, live and on demand, for review and conversation about each new episode of Arrow! Tweet in questions or comments to the hosts all week using the hashtag #ArrowAfterShow