Jeffrey Combs discusses his upcoming horror film WOULD YOU RATHER. He gives us an inside scoop on this psychological thriller and his character Shepard Lambrick’s sociopathic mind. Hosted by Elric Kane and Staci Layne Wilson.

WOULD YOU RATHER was directed by David Guy Levy. Desperate to help her ailing brother, a young woman agrees to compete in a deadly game of WOULD YOU RATHER, hosted by a sadistic aristocrat. 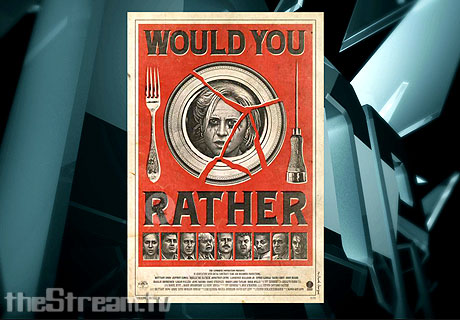