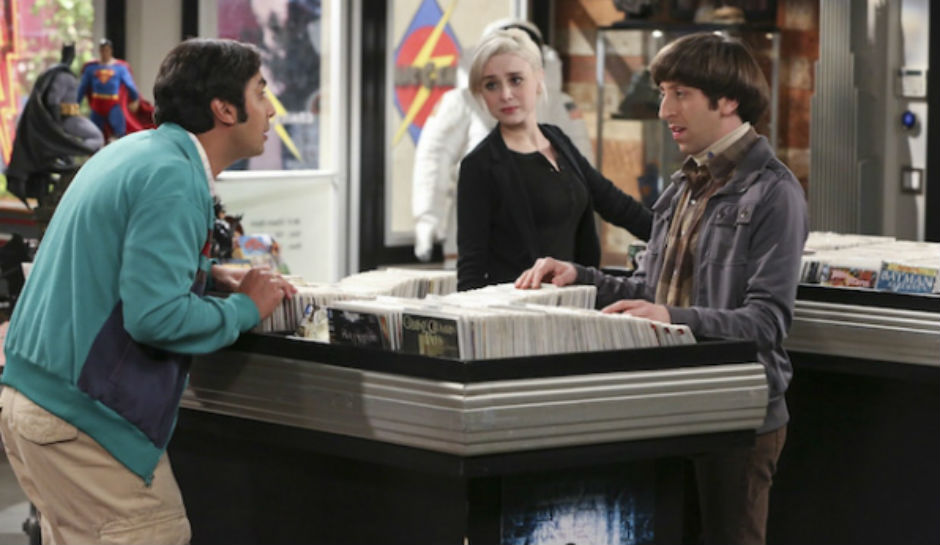 Wow, what a great episode!  In the “The Meemaw Materialization” episode of The Big Bang Theory, we finally met Sheldon’s grandmother.  However, that’s not the biggest thing our hosts Adam, Cherise, and Tia were talking about.  That’s right, we were introduced to budding screenwriter Claire.  Who is she?  What are her motives?  Will she be a rival to Emily?  Will Raj leave Emily for her?  I’m going to propose a theory that will throw all these questions out the door: Claire may not be a love interest at all.  Well, this might not be true at the beginning due to — what Adam keenly pointed out — Raj liking anything that has their genitals on the inside.  But it will be a one-way street if there is a spark (as to the “vibe”, I cover that towards the end of this article).

Say what!?  Why would the show introduce such a cool female and not have love in the air?  Well, that’s because most people are only thinking on one dimension.  To show you what I’m talking about, we’re going to have to work out this theory from multiple angles — like Sheldon trying to solve a problem in String Theory. 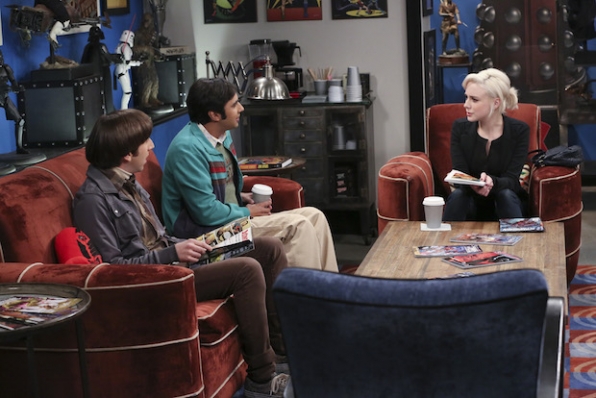 Lemma: Claire Could Become a Platonic Friend of the Guys

It would be very interesting to introduce a female who’s just as nerdy and geeky as the guys.  For years, we’ve seen their female counterparts looking at them with confusion and awe whenever they talked about comic books and science fiction.  What if Claire, in a way, is introduced as a code-breaker/translator for Penny, Bernadette, Amy, and Emily?  It would definitely change the overall dynamic of the team.  The girls may just see her as an asset versus competition.

Lemma: Claire Already Has a Boyfriend or Is Married

Claire could already be in a relationship — and a committed one at that.  I feel that it would be too cliched for Raj and Claire to just fall in love.  The writers are too good for that.  They’re going to surprise us somehow.  Claire seems like someone who would keep things really close to the chest and not reveal too much about herself.  Talkative as she may be, it could be a cover from the real truth.

Lemma: Claire is a Lesbian

Like I said, you need to look at this from multiple dimensions.  Why are we automatically assuming that she’s straight?  It could be to Raj’s dismay that he has zero chances with her.  When she said there was a “vibe”, it could’ve meant anything.  People can connect without any underlying sexual context.  Again, she didn’t explicitly say anything, and she’s probably letting Raj reach his own conclusions as long as she can hang out with him and get some good material for her screenplay.

I’m not sure if anyone caught on to the Easter egg that Alessandra Torresani, the actress who plays Claire, was one of the main cast in Caprica — the prequel to the reimagined Battlestar Galactica.  She played Zoe Graystone and, later, her avatar.  The most interesting thing is that she is considered to be the first Cylon.  Yep, the grandmother of all Cylons … or should I say, the “Meemaw of all Cylons.”  Now, I might be stretching this a bit, but do you think the title “The Meemaw Materialization” could have a double-meaning which also refers to Alessandra materializing on the show?  Yes, I sometimes wear an aluminum foil hat.  I kid … I kid.

What do you think?  Do you agree or disagree with my theory that Claire will not be a love interest?  Sound off in the comments.