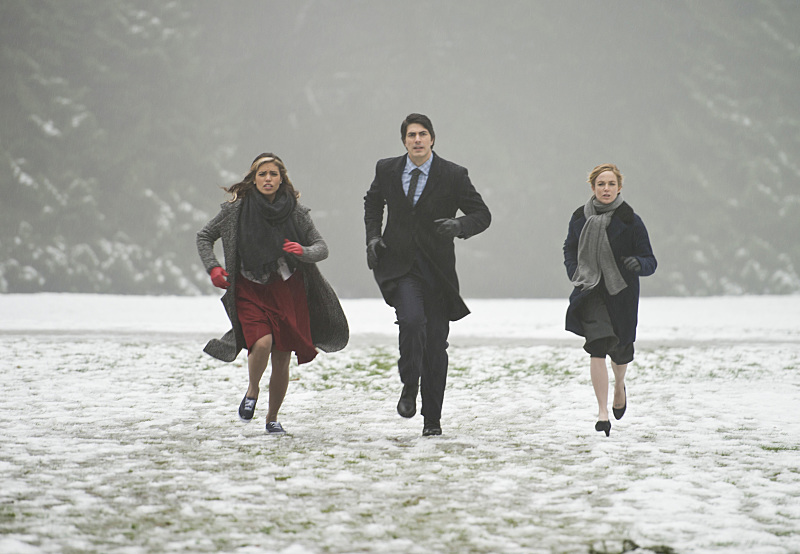 After a three-week hiatus, DC’s Legends of Tomorrow returns with the episode “Left Behind.” The last time we saw the Legends, they were under attack by Chronos, and the Waverider took off — leaving Ray, Kendra, and Sara stranded in 1958. So how have our three time refugees fared since then? And, most importantly, how was the overall return of our motley crew of heroes? Join us as our After Show hosts — Jack, Tatiana, and Rory — dive into each plot point of “Left Behind,” because not only are we coming “back” to the Legends of Tomorrow, but its twists would make even the Back to the Future franchise creators proud.

So after about 10 weeks of waiting for Rip and the crew to come back for them, Sara ups and leaves Ray and Kendra. I thought this was a rather odd move. And Jack agrees with me here also. I thought they were a team? What I found strange was that they knew Vandal Savage was looking for them — hence their immediate change in location after realizing that the Waverider abandoned them. Wouldn’t staying together be their best bet for survival?

Tatiana, though, didn’t find Sara’s leaving to be all that surprising. Since Ray and Kendra were settling down together, Sara felt like the odd woman out. Okay, Tatiana, I can see where you’re coming from … but still. Rejoining the League of Assassins? Hell, go on a world backpacking trip. If you’re trying to recover and rehabilitate, the last thing you want to do is go back to the origins of your bloodlust. I guess the writers needed a compelling reason to bring back Matt Nable as Ra’s al Ghul. Hey, I’ve got nothing against the actor or his character, but they could’ve found a much more compelling reason to reintroduce him back into the Arrow-verse. 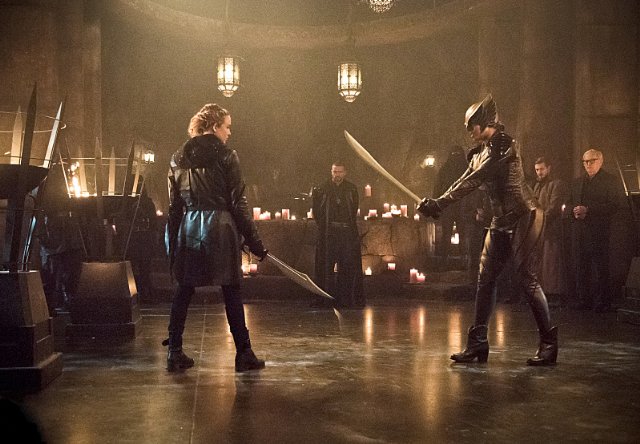 When the Legends do find Sara, they’re faced with someone whose personality is unrecognizable to them — due to the effects of a time shift. Or how Rip puts it, “Losing oneself because of being in an alien timeline.” Maybe this is time travel’s version of a sort of temporal Stockholm Syndrome? However, Sara’s personality soon returns when Kendra calls her the “White Canary” during their fight to the death. 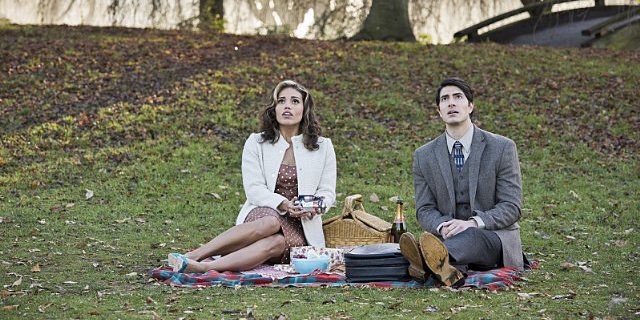 Jack, I’m glad that I’m not the only who feels that Ray’s and Kendra’s relationship is a bit forced. Seriously, why does there need to be a romantic subplot in this show? Tatiana answers this by referencing Carter’s inevitable reincarnation/return in future episodes. This will, of course, create a rivalry between Ray and Carter. However, Tatiana really doesn’t believe that their fight will be a physical one. I’d have to agree on that theory. A physical fight may be too clichéd, especially knowing how Ray would act. Carter may get passionate, but Ray’s nice-guy attitude may cool down Hawkman’s volcanic temper.

And now for the most interesting reveal and subplot of the whole episode: Rory is Chronos. When the big unmasking … um … unhelmeting? … came, I was wishing that this whole episode was going to be dedicated to Leonard, coming to terms that his former friend was now the unstoppable bounty hunter. There were so many great things happening here: Leonard’s badass escape; Mick’s growth in intelligence; the philosophical debate of Mick being Chronos all along. 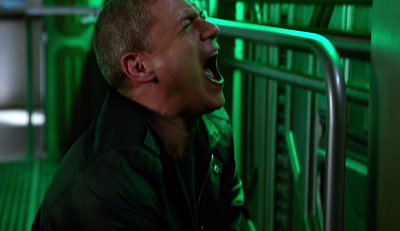 Can Captain Cold be a better character? He might act all steely and reserved during most of the show, but when he needs to be angry, it really comes through. Kudos to Wentworth Miller’s acting prowess. And to quote Rory’s (our Rory Ross’s) description of Leonard’s enraged reaction to Mick’s devious plans for vengeance, “When Leonard was having his meltdown, he was all thawed out.” Nice one, Rory! And how about Leonard freezing and then shattering his hand to escape? How awesome was that!? Never mess with “cold” hard will. Leonard’s determination gave me “chills.” See Rory, two can play at that game.

I’m in total alignment with Tatiana. I love how Mick was written as being much more intelligent in this episode — showing that he did learn a thing or two during his multiple lifetimes in the Vanishing Point. Man, if I only had access to the Vanishing Point while in college, my GPA would be through the roof. Then again, my professors would be very suspicious, like how Ra’s al Ghul was suspicious of Sara’s accelerated progress in assassin school. You guys like how I brought that back?

The Nuances of Time Travel 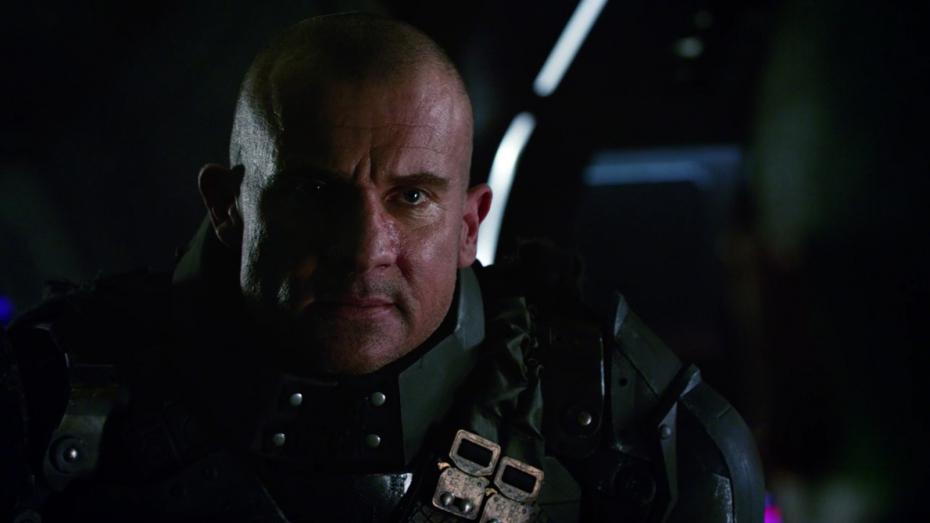 Now here’s the really compelling idea that was posed in this episode: Was the Chronos that was hunting the Legends at the beginning of the series actually Mick? Or, another great theory by Rory: Mick is just one of multiple Chronoses … er … Chroni? Hey, if you’re going to do a time travel show, make sure you bend the minds of your viewers. Where’s Doc Brown when you need him?

Since we’re on the topic of time travel, why did Sara reveal future events? Were they guaranteed not to happen because she disrupted them by coming to Nanda Parbat? Or is her presence in 1960 supposed to happen, meaning she causes her own predestined future? This wouldn’t be that far-fetched because Rip, at the start of the series, did say that time will find a way to mend itself and force major events to happen. Boom! Mind blown!

How did you feel about the return of Legends of Tomorrow after its mini-hiatus? What are your theories on Mick being Chronos, and the other various time travel quirks introduced in “Left Behind”? Jack, Tatiana, Rory, and I want to hear your thoughts, so sound off in the comments!

You can also read my written recap of “Left Behind” at Bam Smack Pow.