The Season 4 mid-season premiere of The CW’s Arrow aired this Wednesday, January 20 which picked up right where we left off — Felicity Smoak being rushed to the emergency room after being shot by Damien Darhk’s H.I.V.E. soldiers.  Fans can relax because our favorite tech wizard pulls through, albeit tragically losing the ability to walk.  And it seems that she also survives the rest of the season because we see her in the final flash-forward scene.

Since the start of Season 4, audiences have been wondering whose grave Oliver and Barry were visiting.  Because of the presence of Barry, who had a brief fling with Felicity, people wondered if Oliver’s fiancée was the one who was buried.  We can now safely cross her name off the list of candidates.  But which person is now six feet under?  We only have a couple of clues to go off of: 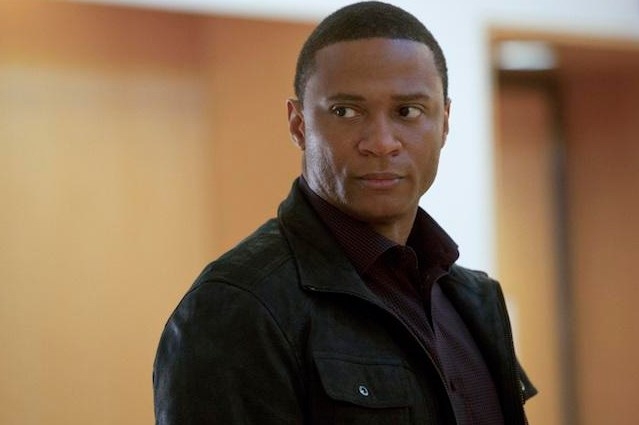 Having John Diggle die would be a huge blow to the team.  This is a man who Ollie has called a “brother” in the past.  Though the two has had some trust issues (the end of Season 3 and the start of Season 4), they seem to have gotten past it.  Diggle’s death would be devastating to Ollie because he basically lost the partner who started this crusade with him.

I can see Felicity being pretty shaken by this since, after Diggle, she’s one of the original members of Team Arrow.  I can also see her embracing Diggle as a big brother.  Taking out this character would be a brave move for the writers of Arrow, as John Diggle is certainly a fan favorite. 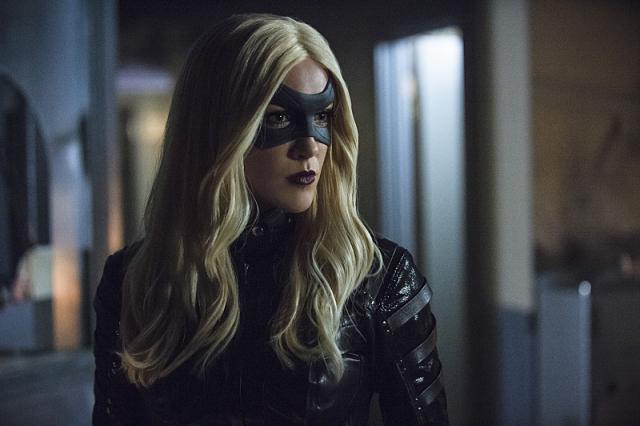 I can see Oliver being extremely shaken by the death of Laurel.  Felicity would certainly be saddened, but her reaction of telling Oliver to finish the job would be out of character for Laurel’s demise.  I’m not saying that the rest of the team shouldn’t be angry about Laurel’s hypothetical death.  But to have a reaction like Felicity’s — telling Oliver to go kill someone — would be too big of a character sacrifice for someone who isn’t that close to her.

Laurel’s death might even be too much of a departure from the comics, since she is a very major character in the DC universe.  I’m going to go on the side of “saved” for this character. 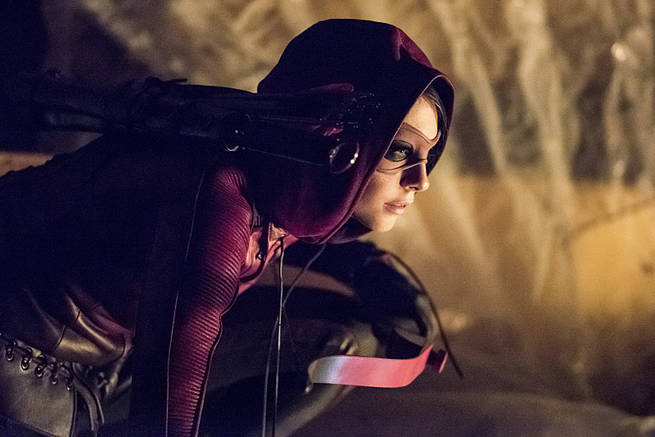 Again, Thea’s death wouldn’t warrant the type of reaction seen in Felicity at the end of “Blood Debts.”  And, likewise, Oliver wouldn’t have that much of a reserved reaction to the death of the only member of his family.  Let’s also not forget that Malcolm Merlyn was missing from the funeral.  The guy may have a skewed sense of what justice is, but we know that he certainly loves his daughter.  He may have already been getting revenge, but that wouldn’t make sense because Oliver would then also be with him in this well-warranted team-up.

My guess is that Thea doesn’t die.  The ending reaction and the attendees at the funeral are not consistent with what we would be seeing from the youngest member of Team Arrow biting the dust. 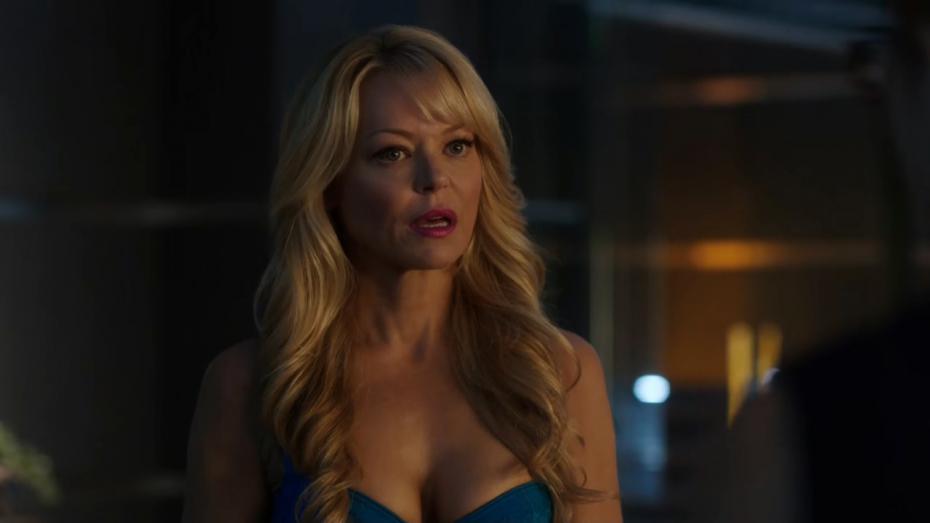 Yep, even Donna Smoak isn’t immune from my list of candidates.  Hey, if you’re on the show, you’re fair game.  Other than being Felicity’s mom and Quentin Lance’s current love interest, she isn’t that much of a key character.  I know, I’m being really cold and I sound like both Ra’s al Ghul’s.  But you have to admit, even though Charlotte Ross is a great actress and her character adds an element of fun to Arrow, Donna’s death won’t affect the series.

However, with all that being said, the death of this character would make a lot of sense and jive with the clues we’ve been given so far.  Barry, having a past history with Felicity would definitely attend the funeral of her mother.  He’s just that kind of guy.  He’ll be there for a friend in need.  Also, Felicity basically asking Oliver to do her this one solid of killing the enemy wouldn’t be a far-fetched reaction.

Now, I’m not even finished with this theory.  Knowing how Damien Darhk operates, his killing of Donna Smoak would serve double-duty — psychologically screwing with Felicity and Quentin.  Damien is rather twisted and since Quentin is seen as a traitor, Damien would definitely try and torture Quentin with Donna’s death.

Yes, my bets are on Donna Smoak dying! 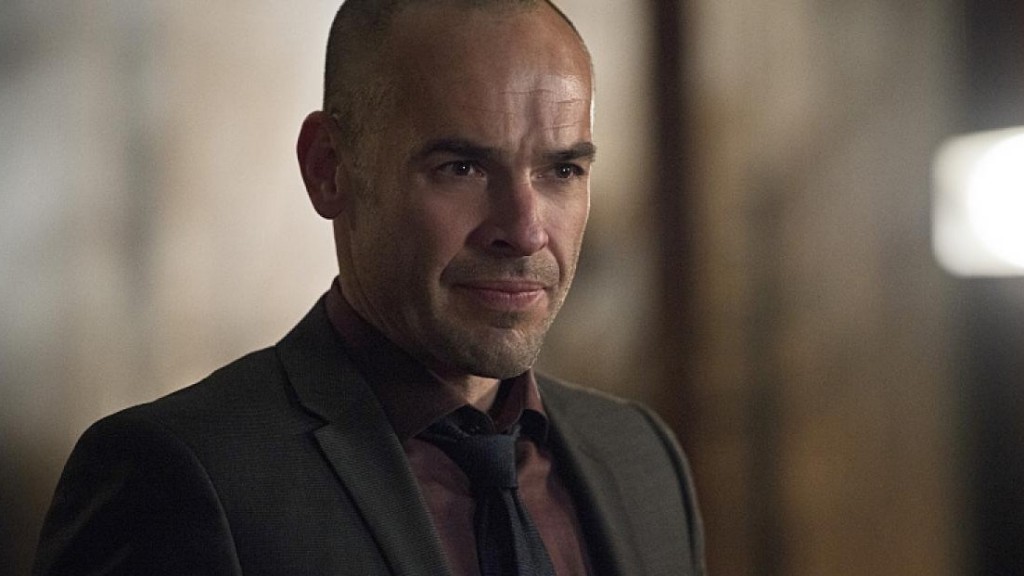 Quentin Lance’s death, like Donna Smoak’s, wouldn’t have that much of an affect on the team.  On top of that, I don’t think Barry would attend Quentin’s funeral and be that somber.  In addition, the one who should be asking Oliver to kill the perpetrator would be Laurel.  I think Quentin will be surviving the rest of Season 4.

Okay, so I’m throwing a really large net over a big range of candidates.  But it’s not out of the realm of possibility for these characters to die: Malcolm Merlyn and Andy Diggle.  Yes, these two guys aren’t the most sympathetic characters.  However, Arrow has, in the past, pulled some really big surprises in terms of writing. 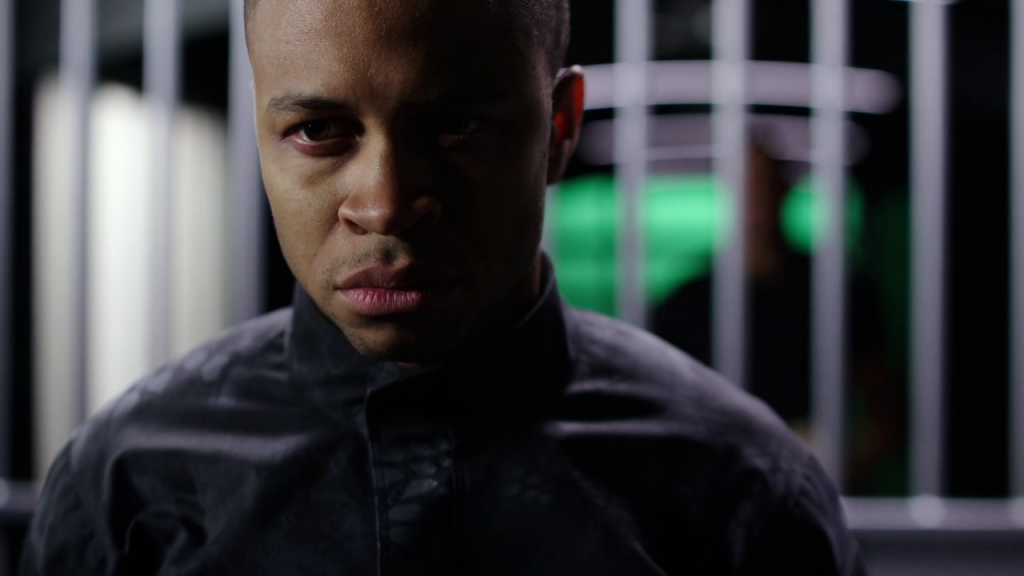 Andy is already seen to be starting his redemption with the slight cooperation of giving his big brother John information about Damien Darhk.  At the end of “Blood Debts”, we see the two siblings share a friendly game of cards.  Could we be in for one of the greatest character arcs on Arrow?  Will Andy become a fan-favorite and team favorite?  If the writers do pull this off, it would be one of the most talked about things on this series. 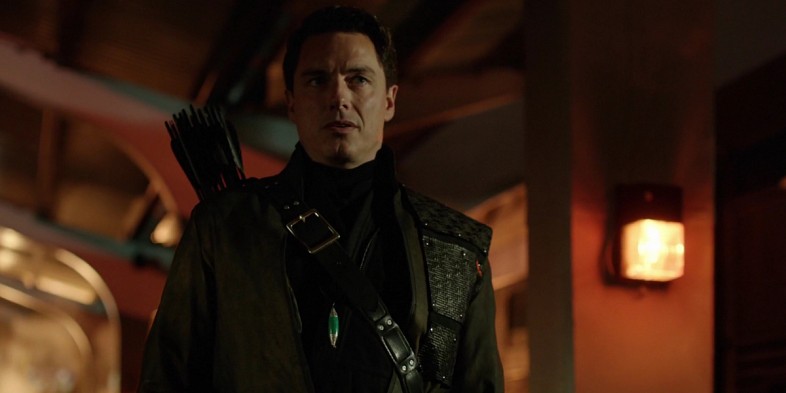 Malcolm Merlyn has already been helping out the team on certain missions — or missions that are more self-serving.  Again, this may change and the writers may make have his character be on a path of redemption.  Then again, he does seem to be directly responsible for the destruction of the world when he goes behind everyone’s back and collects a sample of Vandal Savage’s ashes (that’s why there’s Legends of Tomorrow).

Like I said, these are unlikely candidates, but still possible.  So far, this show has done a great job in keeping audiences interested by posing multiple questions and answering them in a timely manner.

After everything presented here, my conclusion is that Donna Smoak’s name will be the one engraved on the headstone.  What do you think?