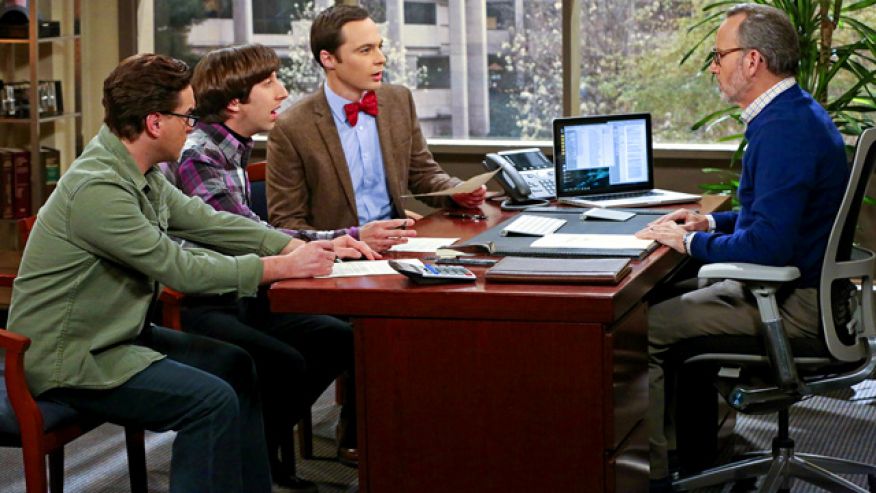 Hey, After Show fans! Our esteemed hosts — Adam Kruger, Tia Robinson, and Brandee Steger — bring us another great post-episode discussion about that lovable quirky gang from The Big Bang Theory. After having one week off, our crew of awesome nerds return in “The Application Deterioration” with a master plan to get their business idea going. However, there’s a stumbling block: the university wants 75% of their profits — and you thought the US government was greedy! On the romance side of things, Raj enlists the help and mentoring from the girls to see how he should be handling Emily after their break-up. What did our hosts think of this episode? Read on to find out …

Making a Deal with “The Sheldon”

Let’s start off with the story thread that ended up being the most emotional. And let me just say that Sheldon has had one hell of a growth spurt this season. Not only has he gotten back with Amy — while also admitting his own faults — he has also opened up a bit about his own past (telling the gang exactly why he avoids celebrating his own birthday). “The Application Deterioration” is another big step in the evolution of Sheldon. 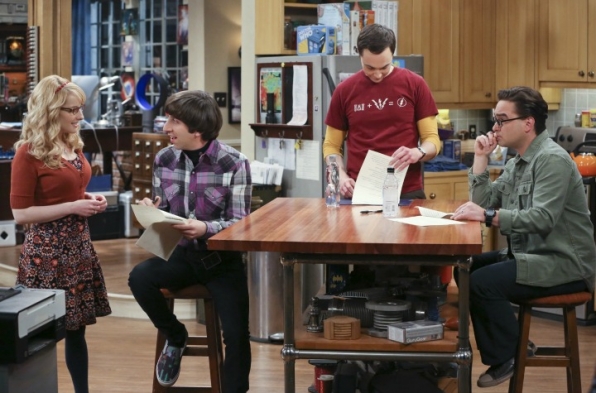 We’ve all heard of a “Faustian Bargain” or “making a deal with the Devil.” However, in this episode, a deal with Sheldon proves to be something that surprises both his friends and the viewers. Like the Devil, Sheldon is oh so happy in drawing up contracts. He just loves his clauses and addenda. So it was no surprise that when the team of Howard, Leonard, and Sheldon had to form a three-way partnership, it was the “Shel-Man” who tasked himself with creating an iron-clad agreement. When Bernadette got wind of this, she had Howard think about the consequences — that working with Sheldon has been proven to never be easy. Heeding Bernadette’s warning, Howard had Sheldon put in writing the prohibition of teasing Howard or his occupation as an engineer. And here’s the kicker …

After reading the contract fully, the team discovers that Sheldon has promised 25% of his own profits to Howard’s and Bernadette’s child. Adam, Tia, and Brandee will all agree with me that this was probably one of the most emotional scenes of the season. Sheldon may embrace Spock’s philosophy of no emotions, but he’s clearly a giant Cadbury Creme Egg with the gooiest and sweetest of centers. However, Adam points out that this is still Sheldon we’re talking about, so we can’t forget about his “Sheldonistic” (word created by Mr. Kruger himself) nature. Sheldon ends with the jab that he needs to make sure the kid has a proper education because Howard’s an engineer. What about the agreement of Sheldon not making fun of Howard anymore? It doesn’t apply yet because Sheldon hasn’t signed the contract. Oh the technicalities.

To tell you the truth, I’m re-watching that specific scene right now. It’s just so well-played and such a surprise. Who cut onions again? 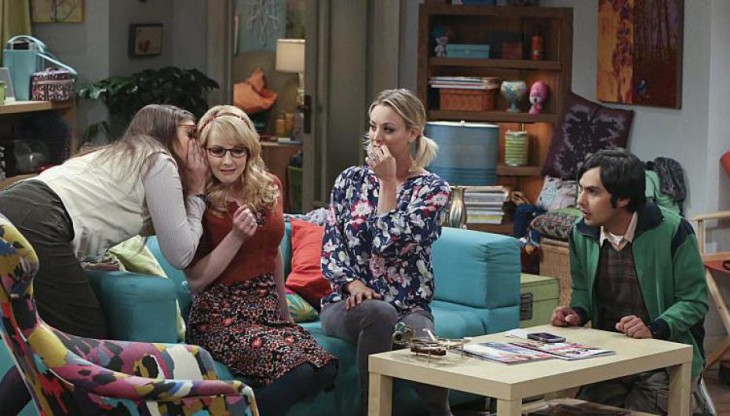 Is Raj broken up with Emily or not? Raj’s indecisive, weak-willed nature comes out in full force for this episode. After Emily sends him a belated Valentine’s Day gift, Raj starts to have second thoughts about breaking up with Emily. It took an army of three girls — Penny, Amy, and Bernadette — to consult him … and yet, he still made the wrong decision. Were we really that surprised? It’s not long before Claire — the new target of Raj’s affections — calls him and tells him that she’s available. However, Emily emotionally manipulates him with her sobs and feelings of loneliness. After Claire becomes aware of this, she lets Raj in on a little secret: Emily is using the “Girl’s Playbook.”

The After Show‘s Brandee and Tia have, in fact, confirmed that this so-called “playbook” really does exist. Though not a physical object with pages, it is a type of collective knowledge that is coded into every female. Adam attempted to get some of this coveted knowledge for the guys, but even he — as charming as he is — couldn’t gain this valuable information. Oh well, you tried, Adam, and that’s what matters.

Back to Raj’s predicament, we see him being pulled back-and-forth, deciding if he should go to Emily or go see Claire. Guess who he chooses? Adam actually grunted with frustration at Raj’s decision. I think that grunt was a grunt for all men — how can one person be so weak? Adam does reason that Raj is just a sweet guy who doesn’t know any better. I would have to agree. Aside from Sheldon, Raj is probably the most naive of the bunch. I would have to admit that for a short period of time, I really did think that Raj was going to choose Claire. So Brandee, I’m with you on that also.

Brandee does propose a very interesting potential situation: what if Claire and Emily met? Can you imagine the awkwardness going through the roof? Here’s another thought: what if Emily and Claire, after meeting, both ganged up on Raj. The two both pointed out Raj’s flaws. I think the writers of The Big Bang Theory are going to give us quite a surprise as to how Raj’s situation will end.

What do you think? How frustrated were you when Raj went back to Emily? And what were your reactions when Sheldon amended the contract with that heartwarming clause? Adam, Tia, Brandee, Cherise, and I want to here your thoughts, so sound off in the comments!