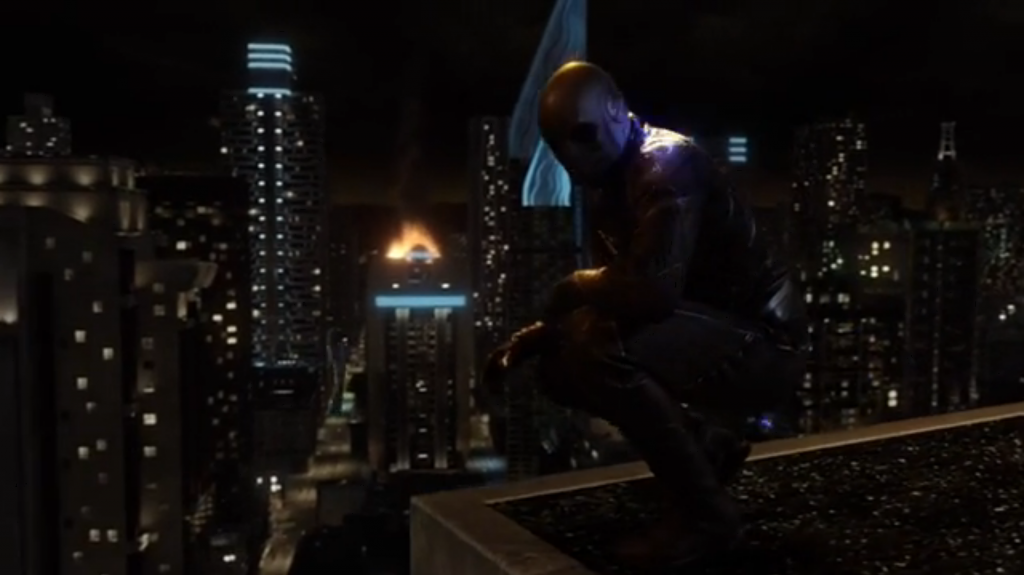 Okay all you Flash fans, we had one hell of a show tonight.  “Escape from Earth-2” — the thrilling conclusion to the the team’s foray into a parallel universe filled with doppelgangers was not short on excitement, action, superhero greatness, and heavy emotions.  Our esteemed The Flash After Show hosts — Adam, Devon, Carolina, and Jack — were also pretty passionate about this episode, evidenced from their heated debates over certain scenes.  That’s okay.  That’s the whole reason why we adore this community.  Everyone has an opinion and there certainly wasn’t a lack of it tonight!  So without further ado, let’s “zoom” in on what got our hosts so riled up … 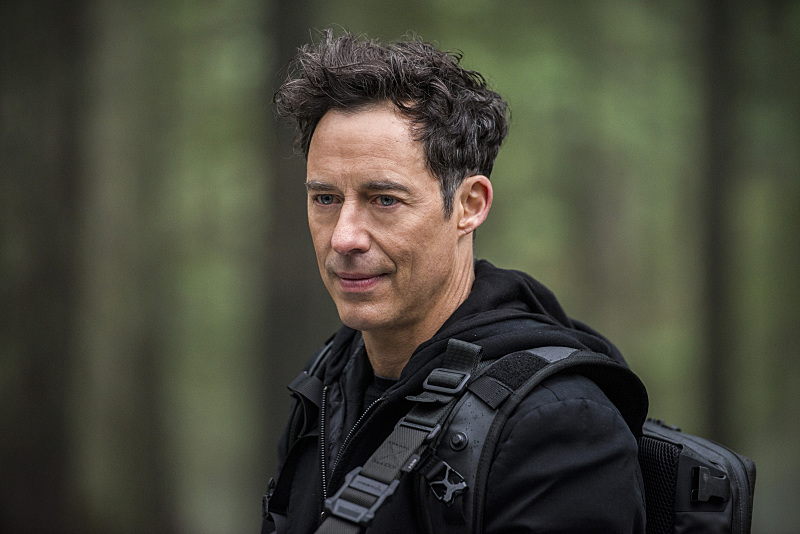 This has been getting a lot of back-and-forth since the start of Season 2.  Fans may think that it’s already established that Harry is a good guy.  I mean, he’s helping Barry and his pals, right?  Plus, there shouldn’t be anymore speculation of him having ulterior motives … that is … until tonight.  As our After Show team pointed out: Why does Harry have a time vault!?

Now, Mr. Jack Hind — that meticulous scoundrel — actually took notes during the viewing and stated that it was Cisco who called it a time vault and not Harry.  However, Carolina still thinks that a non-acknowledgement is just as good as an affirmation because he didn’t deny it explicitly.  Adam wants to give Harry the benefit of the doubt, so he’s leaning towards Harry having a special room for the purposes of privacy and solitude.  Devon is convinced something is up — the room’s specs are a bit too familiar.

I, for one, thought it was quite strange that he had a room that operated exactly like the one built by Eobard Thawne on Earth-1 — down to the way the walls opened slat-by-slat.  Is Harry evil?  I don’t think he’s evil, but I think he’s still hiding something.  Could he too be from the future?  Like Eobard on Earth-1, that may be why he’s a genius on Earth-2.  His scientific knowledge could be so advanced that people in the present think he’s a gifted scientist. 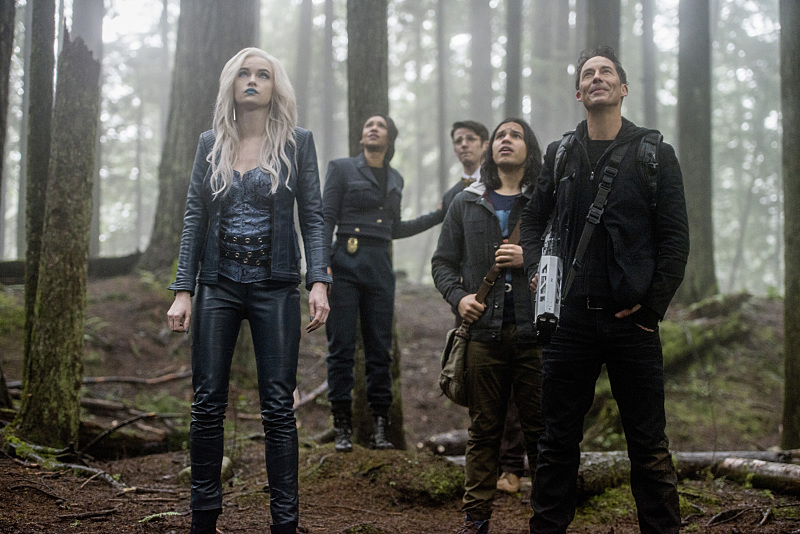 Earth-2 Killer Frost (sorry, Ms. Frost, I know you hate being called that), helped our heroes out and saved their lives tonight.  The debate among our hosts is whether or not she intended to do that in the first place.  We saw her do a double and then a triple cross.  But what is it that really sets her off?  Carolina is convinced that Killer Frost has unresolved daddy issues, and that’s why she snapped when Zoom wanted to off Jesse right in front of Harry.

I actually think that Killer Frost projected the killing of Deathstorm onto the current situation — watching Harry be helpless as Zoom is about to execute someone he cares about.  It was her chance to exact revenge and she took it. 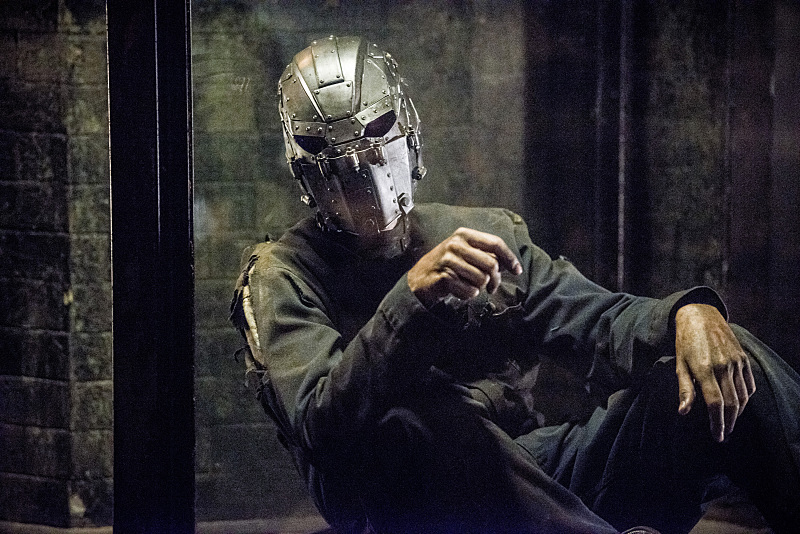 Yep, that’s about as sure as we can be.  Mr. I-May-Win-An-Oscar-This-Year is definitely not the man in the iron mask (Fun Fact: For the Man in the Iron Mask (1998), Leonardo DiCaprio actually won the Golden Raspberry Award for Worst Screen Couple for playing twins.  Look at how far we’ve come.).  Who is it then?  Oh, that’s easy.  It just leaves … I don’t know … every single other person who’s still alive!  Most of our hosts are leaning towards a Jay Garrick doppelganger, which will make for a very interesting turn of events.  That would bring into question the real identity of the man we’ve come to know as Jay Garrick.  Other theories also point to a Henry Allen doppelganger.  The only clue given to us tonight was the word “Jay” of which Barry deciphered from our mute tapping friend.  Is it a warning or a confirmation of his identity?

Someone Needs to Edit out That Editor 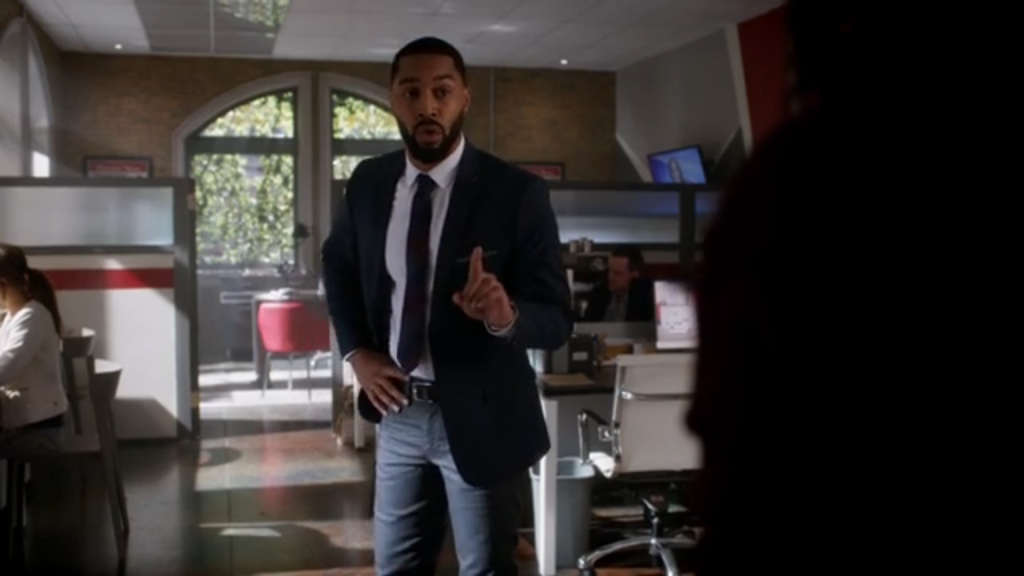 If there was anything that annoyed our hosts and united them, it was the introduction of Iris’s new editor.  Jack, who really has it out for this new face, asked, “Who’s this guy coming in here and giving Iris a hard time!?”  I think this is the most I’ve seen Jack fired up.  He was shaking and vibrating with so much anger that I thought he was going to phase right through his seat.

I don’t have that much of a problem with the new editor, and I think his whole criticism of Iris’s piece on the Scarlet Speedster could be a bit of a misdirection.  What do I mean?  This new editor could be attempting to push her to do her best.  He’s probably not criticizing her to be a jerk.  The man, in fact, may want to mold Iris’s raw potential and turn her into the next Lois Lane.  Think of this as more of a mentor/pupil relationship. 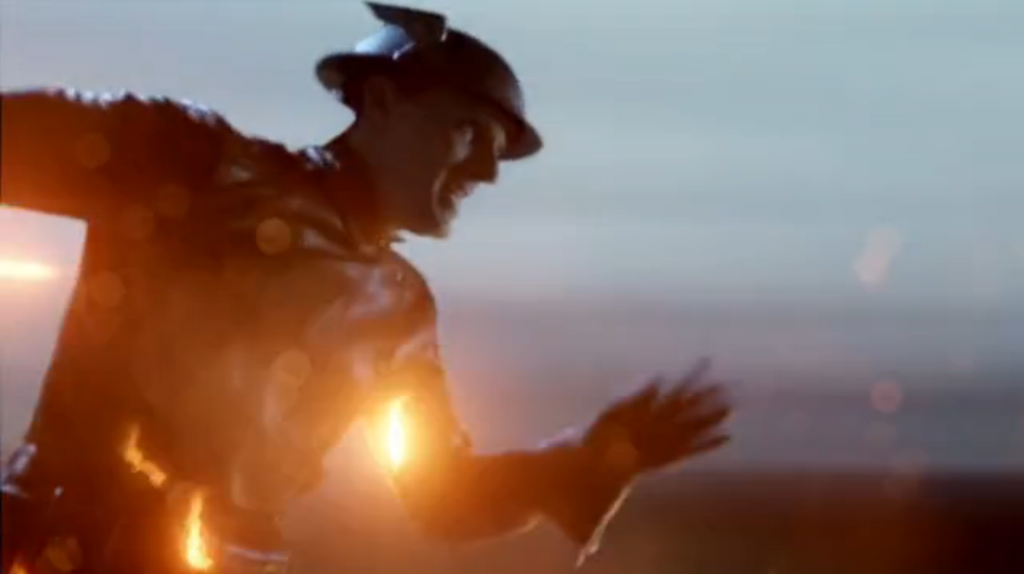 That certainly seemed to be the final slogan for Jay Garrick’s philosophy.  Initially, he was against taking anything that had the prefix “Velocity” in the name.  But as time went on, and with the assistance of Caitlin, Jay is getting more and more comfortable in using various forms of Velocity to return to his good ole heroic self.  Tonight’s delicious new flavor came in the form of Velocity-9 with the added benefit of reversing Jay’s degenerative state.  Alas, we may never find out if Jay’s speed would’ve returned permanently, because Zoom put his arm right through our Earth-2 speedster like a hot knife through warm butter.  However, this is the world of comic books.  I agree with Adam that he may still be alive.  Royally messed up … but still alive.

What are your thoughts fellow Flash fans?  Any input to the points raised by Adam, Devon, Carolina, Jack, or me?  Does Harry have another agenda?  Who is the man in the iron mask?  Who is Zoom?  Is Jay Garrick still alive?  Sound off in the comments.  We’re looking forward to hearing from you!

Make sure to visit Nick Tylwalk for his written recap of “Escape from Earth-2” at Bam Smack Pow.