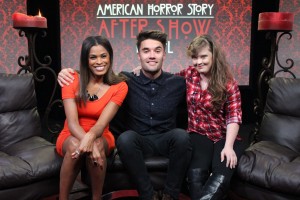 If you missed our show last week, we had the adorable bundle of energy that is Jamie Brewer! She was an absolute delight and was just full of information from the second we started watching the show together. Some of it was on the show and some of it was while the cameras were off, so thought I’d catch you all up and list the things we learned from her.